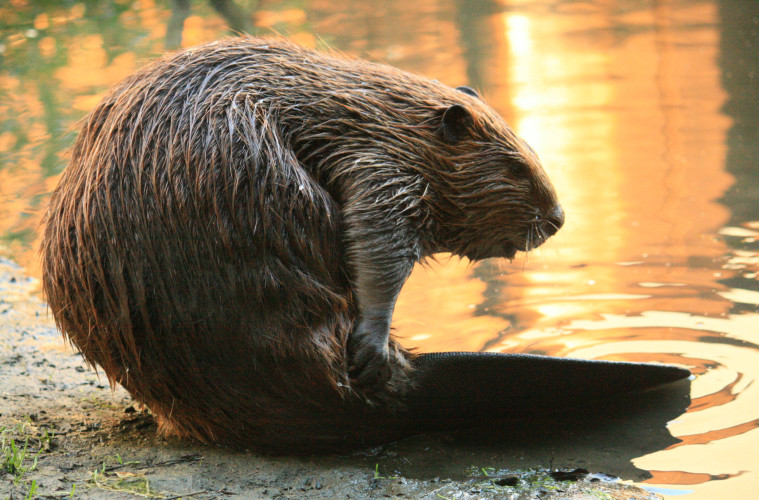 Beavers are beneficial to the Scottish environment, say academics from the University of Stirling.

A study into the ecology and habitat engineering of beavers reintroduced to a site on Tayside in 2002 has found the creatures can improve biodiversity, minimise pollutants and reduce downstream flooding.

Examining head water streams which drain water from 13 hectares of Scottish countryside, scientists compared areas where beavers had been active with areas in which they were absent. The study formed part of a programme of research at this site by Stirling scientists that has been ongoing since 2003.

Leading the research Dr Nigel Willby of the School of Natural Sciences, said: “Our study found that beaver behaviours have several benefits for the environment. Their dam building skills help restore degraded streams and increase the complexity of the surrounding habitat, consequently increasing the number of species found by 28 per cent. The dams also help improve pollutant levels and store flood water.”

Results revealed the interconnected pools created by beaver dams increased the retention of organic matter by up to seven times and the level of aquatic plant life 20 fold. Levels of agricultural pollutants were also reduced in areas occupied by beavers, with concentrations of phosphorus halved and nitrate levels lowered by more than 40 per cent.

Dr Willby said: “We discovered that dams helped restore local biodiversity, but also had value for nutrient retention and storage of water during flood peaks, suggesting benefits downstream. The beavers’ engineering is therefore transforming low quality habitats in regions where the animal has long been absent. These benefits, however, must be weighed against the potential for occasional negative impacts on fisheries, forestry and farm crops.

“With decisions on the beaver’s future in Scotland set to be made in the coming months, this research opens up an important dialogue on the pros and cons of reinstating these animals to the Scottish countryside.”

The above post is reprinted from materials provided by University of Stirling. Note: Materials may be edited for content and length.