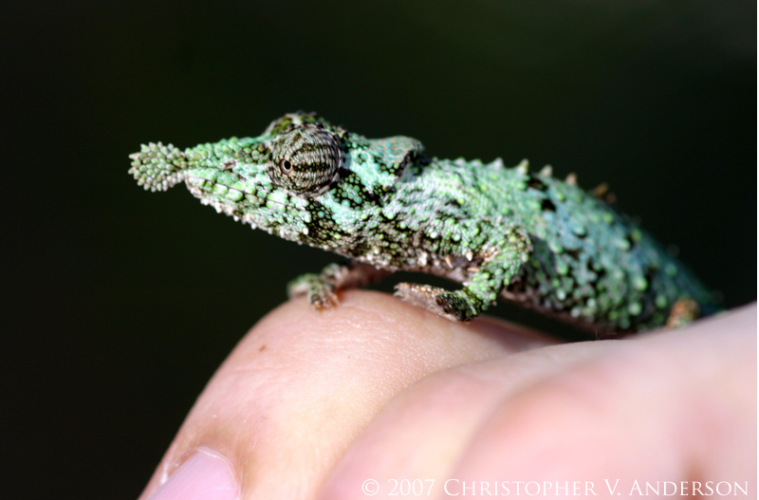 The smallest chameleons have the fastest tongues

Chameleons have amazing tongues. They flick out at high speed to snare unsuspecting insects caught dawdling on branches some distance away, before reeling them back in to the chameleon’s waiting jaws. New research has highlighted that the speed of the remarkable tongue may be linked to the chameleon’s size – it appears that the smallest chameleons are quicker on the draw.

Ballistic tongue projection – the term given to the chameleon’s hunting style – was examined amongst a range of chameleon species. At around the size of a human thumb, the smallest of these , the rosette-nosed chameleon (Rhampholeon spinosus) of Tanzania, not only can project its tongue further in proportion to its body size, but also at a greater acceleration. It is suggested that the launch of its tongue is the equivalent of accelerating from 0 to 60mph in just a hundredth of a second.

A much larger species, the Malagasy giant chameleon (Furcifer oustaletti), could manage peak acceleration of its tongue at just 18% of the rosette-nosed chameleon. A fitting name for the champion of the ballistic tongue-speed trials. 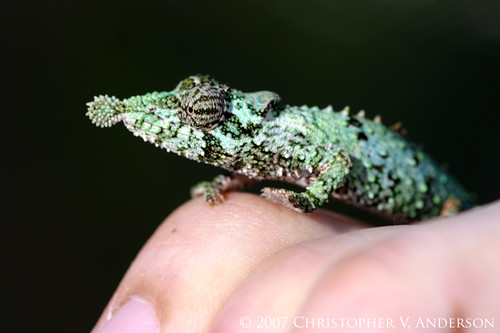