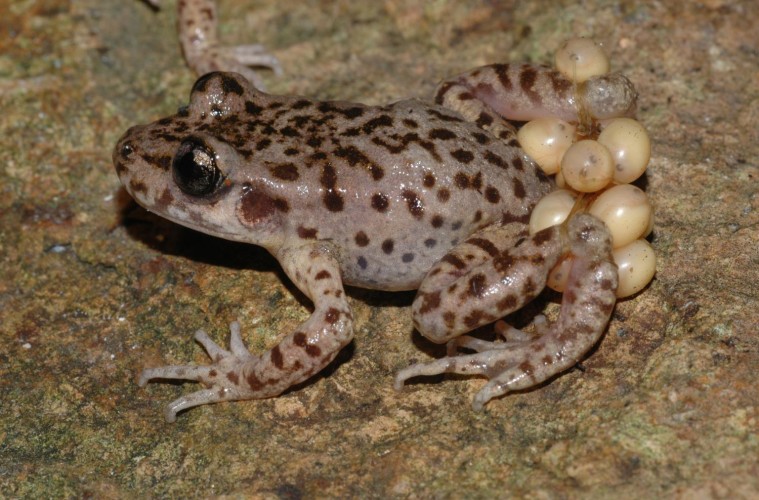 A cure for chytrid

Results from the seven-year study show the first evidence of eradicating the chytrid pathogen Batrachochytrium dendrobatidis (Bd) affecting amphibians in situ. Published today (18 November) in Biology Letters, the paper details the outcome of a project led by scientists from the Zoological Society of London (ZSL), the National Museum of Natural History in Spain (MNCN-CSIC), and Imperial College London.

The study combined antifungal treatment of Mallorcan midwife toad (Alytes muletensis) tadpoles with environmental disinfection. By using an antifungal to treat tadpoles and a common laboratory decontaminant to sterilise the environment, researchers were able to clear infection from populations of the toad over the research period. Co-author Dr Trenton Garner, Reader within ZSL’s Institute of Zoology, said: “This study represents a major breakthrough in the fight against this highly-destructive pathogen; for the first time we have managed to rid wild individuals of infection for a continued period.

“Amphibian-associated chytrid fungi are a critical conservation issue that requires simple, straightforward and transferrable solutions. Our study is a significant step towards providing these.”

Dr Jaime Bosch, Senior Researcher at MNCN-CSIC, added: “This is the first time that chytrid has ever been successfully eliminated from a wild population – a real positive which we can take forward into further research to tackle this deadly disease. Chytrid is a global issue which affects amphibian populations worldwide, and I am proud to be part of a team of leading institutions at the forefront of this pioneering research working towards a solution.”

Chytrid fungal infections causing amphibian mass mortality were first identified at the end of the 20th century by a consortium of scientists, including ZSL researchers.