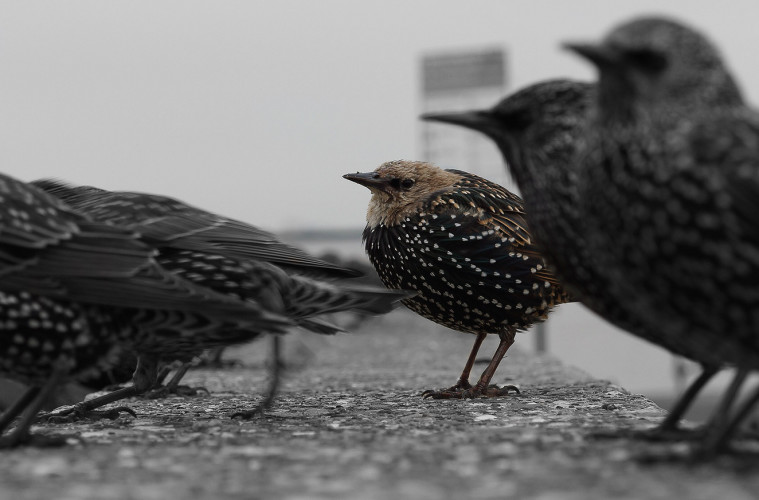 Baby birds that have a difficult start in life grow to be fatter and greedier than their more fortunate siblings.

Researchers, led by Professor Melissa Bateson and Dr Clare Andrews of Newcastle University, discovered that stress and difficulties as a chick made a long lasting impression on a starling’s relationship with food.

The study showed that the smallest chicks in European starling families changed their adult feeding behaviour, resulting in a fatter body composition in the fully developed birds.

Dr Andrews, of the Centre for Behaviour and Evolution said: “Building up body fat reserves as a safeguard against times of potential future famine is an evolved survival mechanism. What we have shown is that birds that had struggled against larger brothers or sisters for food early on were keener on finding food and tended to overeat when they became adults”.

“This study may also teach us something about ourselves as surprisingly, there’s evidence that obesity is common in people lacking a reliable supply of food. Perhaps people too have evolved to eat more and take more interest in food if worried where their next meal will come from.”

To ensure that some birds were disadvantaged by experiencing greater competition, smaller starling chicks were placed in a brood with significantly larger hatchlings. These chicks had to work harder than their siblings to be fed, spending more energy on calling to their parents for food and jostling to the best feeding position.

Dr Andrews explains: “The smallest chicks were bottom of the heap and had a tougher time because they would have had to beg hardest for food.”

Later in life, these same birds were offered a choice between feeding from easily accessible sources of crumbs and spending more time and energy foraging for crumbs hidden in sand.

Birds that had a tougher start spent more time searching for hidden crumbs despite the ready availability of alternative sources and ate more of the freely available crumb when they accessed it. The birds that had an easier start, having been the largest in the nest, opted instead to take the easy pickings in moderation.

The scientists suspect that the birds with a tougher start, the disadvantaged starlings, were behaving as if they were worried food might run out suggesting that they have a ‘memory of hunger’ from when they were small which drives them to overeat when presented with freely available food.

Melissa Bateson, Professor of Ethology explains: “By carrying extra energy reserves as body fat, or knowing where else to find food if need be, birds growing up in more difficult conditions might be insuring themselves against starvation in case of future food shortages.”

This same reason may also explain the birds desire to spend time seeking out and adding new sources of food to their knowledge banks. Will this starling chick grow to be a fat bird?
Source

The above is based on materials provided by Newcastle University