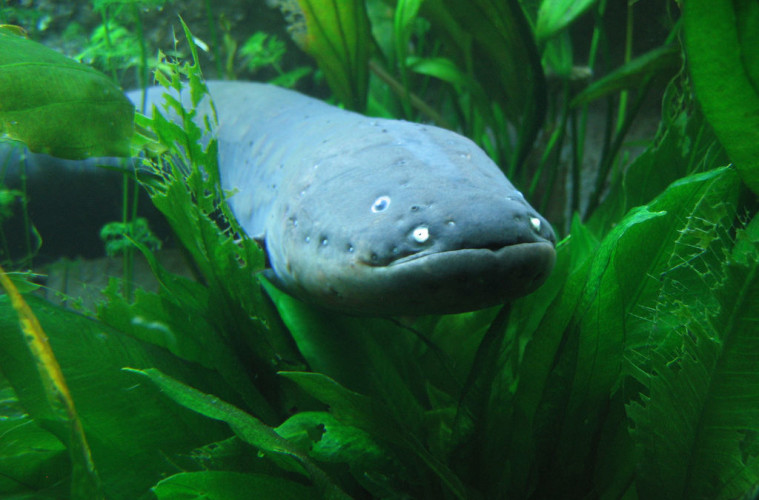 Electric eels use their high-voltage discharge simultaneously as a high-precision tracking device and a ‘stun gun’ when targeting prey, finds a study in Nature Communications. This unusual dual functioning as both a sensory system and a weapon indicates that the hunting behaviour of electric eels is far more sophisticated than previously thought.

The high-voltage discharge of electric eels is used to stun prey by inducing whole-body immobility, temporarily arresting all voluntary movement in its target. However, which sensory feedbacks the eels subsequently use to accurately locate the prey target once it is immobilised is not understood.

Kenneth Catania investigates whether eels’ high-voltage discharge is involved in prey targeting by exposing electric eels to dead fish that had been primed to twitch once a current had been passed through their bodies, simulating the movement of real prey. He finds that, when all other sensory cues are excluded (visual, chemical or mechanosensory cues), electric eels only strike towards prey when an electrical conductor is present, and always miss their targets when feedback from conductors is absent.

Once a prey target is identified via this feedback, eels elicit a high-voltage, high-frequency volley which is used to accurately guide the attack. This mechanism of high-precision prey detection has similarities to the ‘terminal buzz’ of echolocating bats, which utilise sound of increasingly high frequency as sensory feedback when approaching prey.