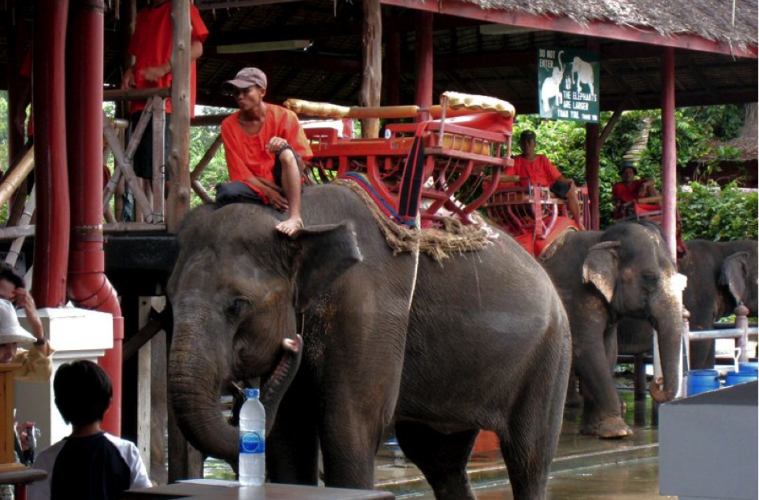 World Animal Day, celebrated on the 4th October, has been an annual event since 1931. This year, one animal charity harnessed the power of this global event to raise awareness of the horrendous conditions that performance elephants suffering in as part of the tourist trade.

Originally started as an event to promote the conservation of endangered species, World Animal Day now aims to celebrate animals of all shapes and sizes and recognise the positive impact that they have on our lives. On Sunday, many leading animal charities celebrated this event by promoting their many fundraising activities in the hope to help raise awareness of their many different causes.

One leading conservation charity used this event to help put an end to the cruel business in which elephants are trained to let tourists ride on their backs and perform tricks during shows. According to the charity, elephants have to go through a brutal training phase to prepare them for performances and carrying tourists. In a method known as the “crush”, baby elephants are separated from their mothers, isolated, tortured and forced into entertainment industries across Africa and Asia. The charity, World Animal Protection, argues that “there are no cruelty-free elephant rides,” a popular tourist attraction which tops the bucket list of many keen travellers. The charity strongly opposes tour groups that still sell this as part of their holiday packages.

World Animal Protection announced that 63 travel companies have now signed a pledge to promote more elephant-friendly tourism. They also announced their new petition calling for the Thomas Cook Group to sign this pledge and acknowledge the cruelty suffered by animals within this business. Thomas Cook is one of the largest travel companies, and although they announced last week that they would stop selling elephant rides and performances in the North of Europe, on Sunday World Animal Protection started a petition to pressure the company to stop selling these performances altogether.

Currently, an estimate of around 3,000 elephants are said to be suffering within these industries. World Animal Protection was pleased that among the 63 industries that have already pledged, a lot of major travel companies have made the pledge to go completely “cruelty-free”. A spokesperson for the charity expressed their delight that this is a sign of changing attitudes towards using animals for performance purposes. World Animal Protection hopes that the new pledges will greatly help towards abolishing the use of elephants for tourist entertainment completely – without demand hopefully there will be no supply.

You can follow the work of World Animal Protection here

You can also look at other causes by leading animal charities on the World Animal Day website.