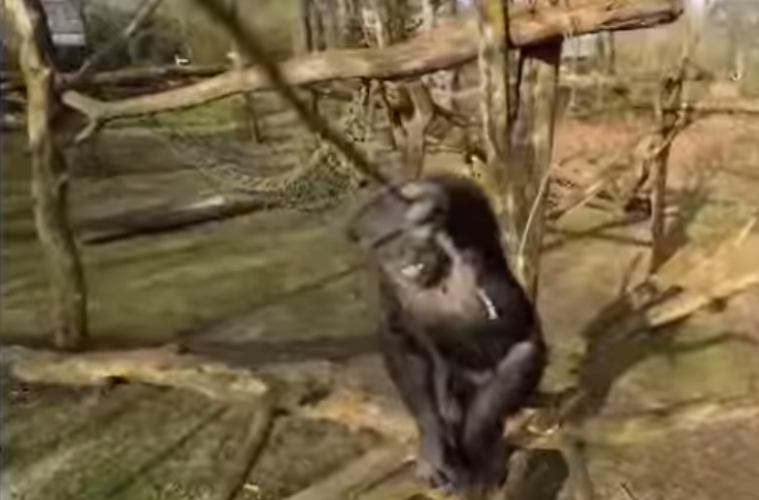 Tool-using chimp knocks drone out of the sky

A chimpanzee named Tushi has been caught knocking a drone out of the sky. The drone, buzzing around the chimpanzee enclosure at Royal Burgers’ Zoo, was being used to film the troupe for PR purposes. Tushi apparently had other ideas.

On a first fly-by, Tushi, amongst others, was seen to head to higher ground armed with long switches of willow, eyeing the drone. The second fly-by proved to be the drone’s last, as Tushi used her improvised swatter to knock the drone to the ground, where the camera continued to film.

Tool use is common in chimps. They are intelligent primates, capable of making the most of their surroundings to come up with novel ways of accessing food, for example. While it is unclear what Tushi was thinking as she batted the drone away – was she annoyed, curious, or playful? – she does appear to have shown forward planning, collecting a tool and taking it to a location where she was ready and able to tackle the drone on its second visit to the enclosure.