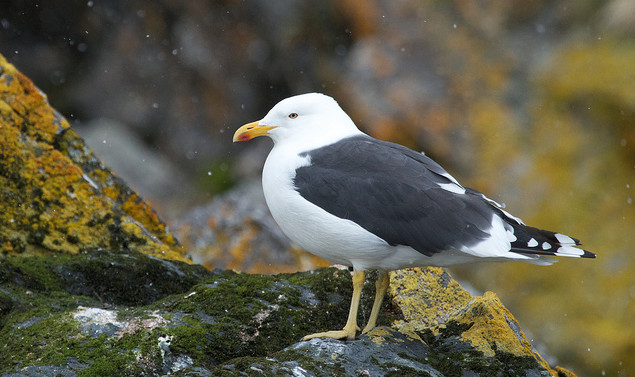 Kelp gulls prey on the eyes of baby seals

Ever the opportunists, herring gulls have been known to swoop down on unaware tourists, snatching sandwiches and Cornish pasties from fingertips. As such, gulls in the UK often get bad press, some of it a little over the top. The Kelp gulls of Namibia’s coast, however, are certainly not helping the villainous image that some gulls have developed.

We know that the eyes of baby seals are irresistible, but some gulls find them hard to resist in other ways. A 15 year study of kelp gulls (Larus dominicanus) has recorded a novel behaviour that perhaps takes gulls’ nefarious reputation to new levels: they prey on the eyes of juvenile Cape fur seals, plucking them from their sockets with the youngsters unable to escape or fight off the gruesome attentions.

The feeding strategy may be the stuff of nightmares, but the researchers believe this macabre eyeball snacking resulted from the abundance of fur seal young, as their population boomed. Gulls, ever alert, are unlikely to miss out on an opportunity for a plentiful new food source.