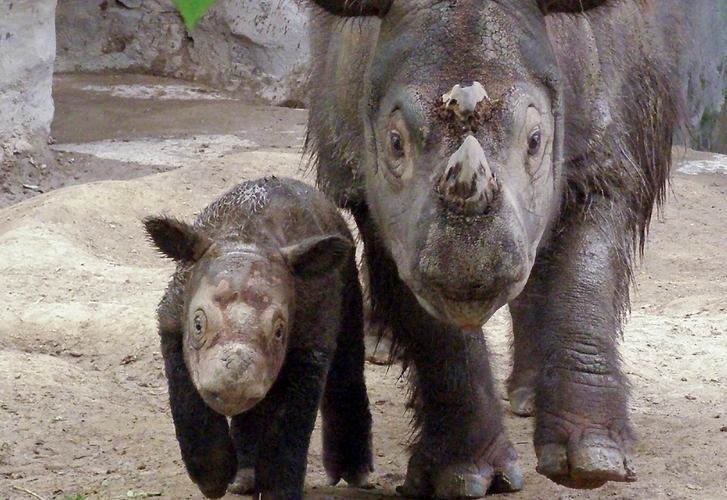 Sumatran rhino is extinct in the wild in Malaysia

Despite intensive survey efforts, there have been no signs of the wild Sumatran rhinoceros (Dicerorhinus sumatrensis) in Malaysia since 2007, apart from two females that were captured for breeding purposes in 2011 and 2014. Scientists now consider the species extinct in the wild in Malaysia. The experts urge conservation efforts in Indonesia to pick up the pace.

Surviving rhinos are too far apart

“It is vital for the survival of the species that all remaining Sumatran rhinos are viewed as a metapopulation, meaning that all are managed in a single program across national and international borders in order to maximize overall birth rate. This includes the individuals currently held in captivity,” says lead author and PhD student Rasmus Gren Havmøller from the Center for Macroecology, Evolution and Climate.

The experts point to the creation of intensive management zones as a solution; areas with increased protection against poaching, where individual rhinos can be relocated to, in order to increase the number of potential and suitable mating partners.

Historically ranging across most of South-east Asia, the Sumatran rhino is now only found in the wild in Indonesia. Here, less than 100 individuals in total are estimated to live in three separate populations, one of which has seen a critical decline in distribution range of 70 % over the last decade. This trend echoes how the Sumatran rhino population dropped from around 500 to extinction between 1980 and 2005 in Sumatra’s largest protected area, the enormous 1,379,100 hectare Kerinci Sebelat National Park.

Apart from the wild populations, nine Sumatran rhinos are in captivity, with one in Cincinnati Zoo in U.S.A (soon to be moved to Indonesia), three held at facilities in Sabah, Malaysia for attempts to produce embryos by in vitro fertilization, and five in the Sumatran Rhino Sanctuary in Sumatra, Indonesia.

The intensive management zones as well as the single population strategy are two of four key actions identified back in April 2013 at the Sumatran Rhino Crisis Summit in Singapore and agreed upon that same year by the Indonesian government in the Bandar Lampung Declaration.

“The tiger in India was saved from extinction due to the direct intervention of Mrs. Gandhi, the then prime minister, who set up Project Tiger. A similar high level intervention by President Joko Widodo of Indonesia could help pull the Sumatran rhinos back from the brink” says Christy Williams, co-author and coordinator of the WWF Asian and Rhino and Elephant Action Strategy.

Widodo Ramono, co-author and Director of the Rhino Foundation of Indonesia (YABI) elaborates:

“Serious effort by the government of Indonesia should be put to strengthen rhino protection by creating Intensive Protection Zone (IPZ), intensive survey of the current known habitats, habitat management, captive breeding, and mobilizing national resources and support from related local governments and other stakeholders.”

The global conservation strategy also included the continued development of Rhino Protection Units at sites with remaining breeding populations. While this has been achieved, the authors highlight a need for strengthening the units against poaching efforts, especially in northern Sumatra. With a high demand for rhinoceros horns in black markets in Asia, poaching continues to be a significant threat to the species.

Finally, captive breeding was included in 2013 as one of the key conservation actions, but the necessary reproductive technology may still take years to develop, during which time we may lose the Sumatran rhino in the wild, says the authors.

The above post is reprinted from materials provided by the Natural History Museum of Denmark.