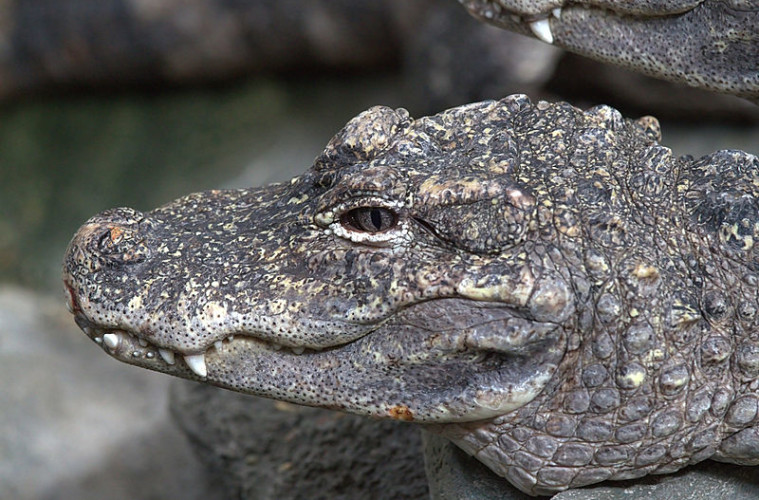 How do you investigate if alligators use resonance to communicate? You use helium.

Birdsong and syllables we use in human speech are formed as air passing through the vocal tract vibrates – a phenomenon known as resonance. In the natural world, animals can use this to communicate their body size, a behaviour useful to resolve conflicts over territory or advertise to potential mates, for example.

Until recently, it wasn’t known if reptiles also use this method to communicate important information to others, and if they did, what would be the best method to study resonance. “Just put one in heliox,” was the solution, proposed by Tecumseh Fitch, of the University of Vienna.

Immersion in heliox – a mixture of helium and oxygen – much like a human inhaling helium, drastically alters the speed at which sounds travel, and in doing so changes the frequency of resonance. Squeaky voices and hours of fun for us, but a novel approach in experimental biology. Luckily, a Chinese alligator proved to be ever ready to vocalise in response to recordings of alligator bellows in both heliox and normal air, and her own grunts in a heliox atmosphere were recorded.

Painstaking analysis revealed that despite sounding deeper, the resonance of the bellows had shifted to higher frequencies in heliox. This finding allowed the researchers to conclude that alligators too can be added to the range of animals that use honest signals of body size, communicated through the resonance of their bellows and grunts.