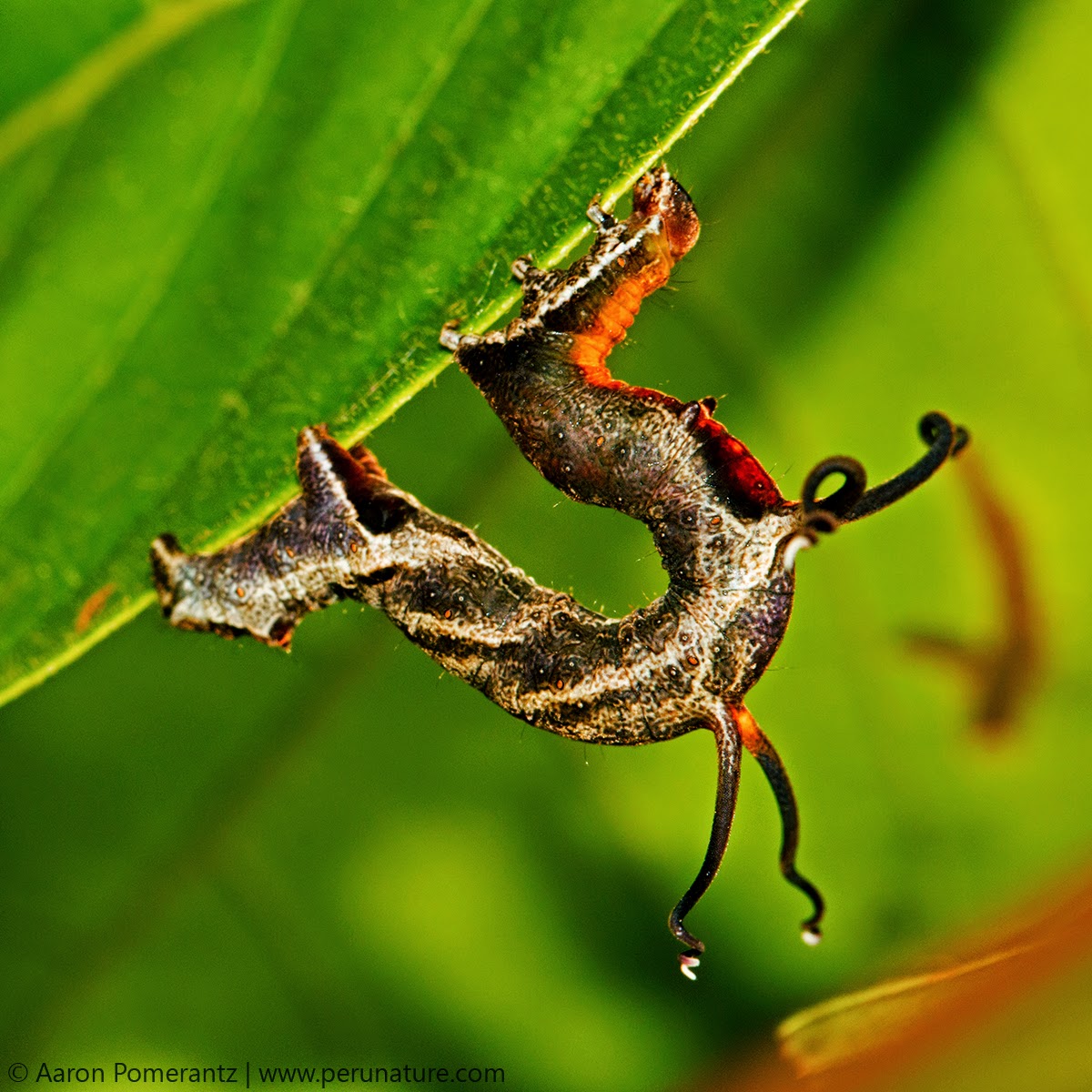 A tiny caterpillar is perched precariously on a leaf deep in the Peruvian jungle canopy. It is already quite cryptic, brown and twiggy in appearance, not easily spotted. A nearby noise disturbs it, and boing! Four long tentacles uncurl and erupt from the caterpillar’s body in response.

The caterpillar in question is from the Nematocampa genus. These caterpillars of Geometrid moths are known for their interesting appendages, but for the first time, their tentacular eruptions have been caught on camera by Aaron Pomerantz, an entemologist with Rainforest Expeditions.

Such a dramatic response to sound is likely a defensive behaviour, though in what form is unknown and open to speculation. Perhaps the protrusions are more likely to be hit by predators, detaching and allowing the caterpillar a chance of escape. The real story behind the rapidly-unfurling tentacles seen in the fantastic footage will, for now, remain a mystery.

You can read more about Pomerantz’s encounter with the crazy caterpillar on the Rainforest Expeditions site, here. Image and video credit: Aaron Pomerantz / PeruNature