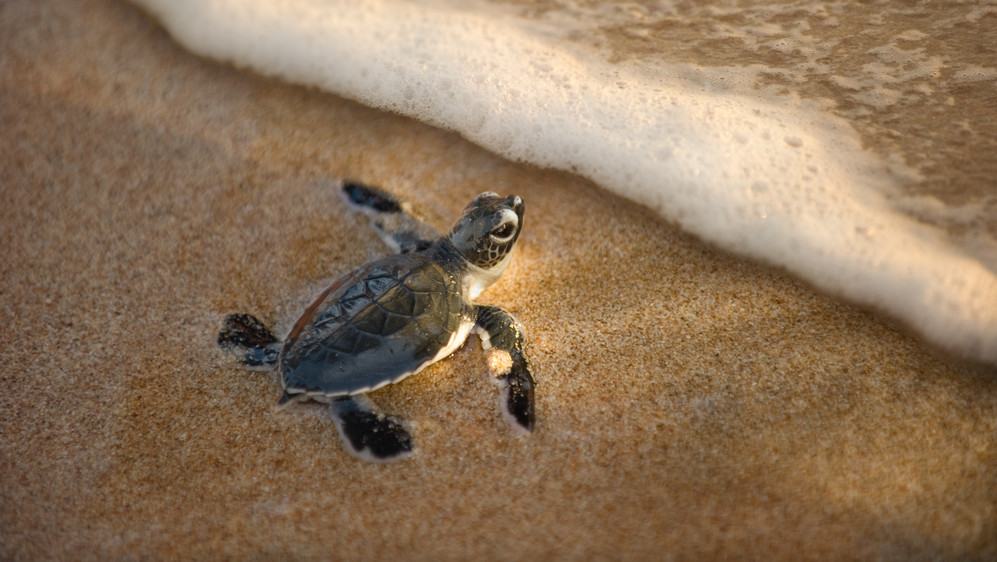 Juvenile sea turtles are rarely seen once they’ve left the nest and escaped the clutches of waiting predators by immersing themselves in the surf. Their first few months and years at sea are relatively unstudied, and are known as the ‘lost years’.

Once in open waters, it was believed that young turtles drift with ocean currents and disperse to various feeding grounds. This passive drifting may not be the case, as scientists from NOAA and the University of Florida suggest turtle toddlers don’t just go with the flow, and are instead very active swimmers.

By comparing tagged green and Kemp’s ridley turtles to buoys released at the same time and left to drift, researchers discovered that even after just a few days, the tenacious toddlers were up to 125 miles distant from the buoys simply drifting on currents.

After their headlong rush to the sea, and then frantic swimming to rush through predator-rich coastal waters, tiny turtles are still working hard to survive.  Not simply relying on ocean currents to drift through open waters, it appears the youngsters actively swim to find a favourable feeding spot and a safe haven. The mystery of their ‘lost years’  is one step closer to being solved.