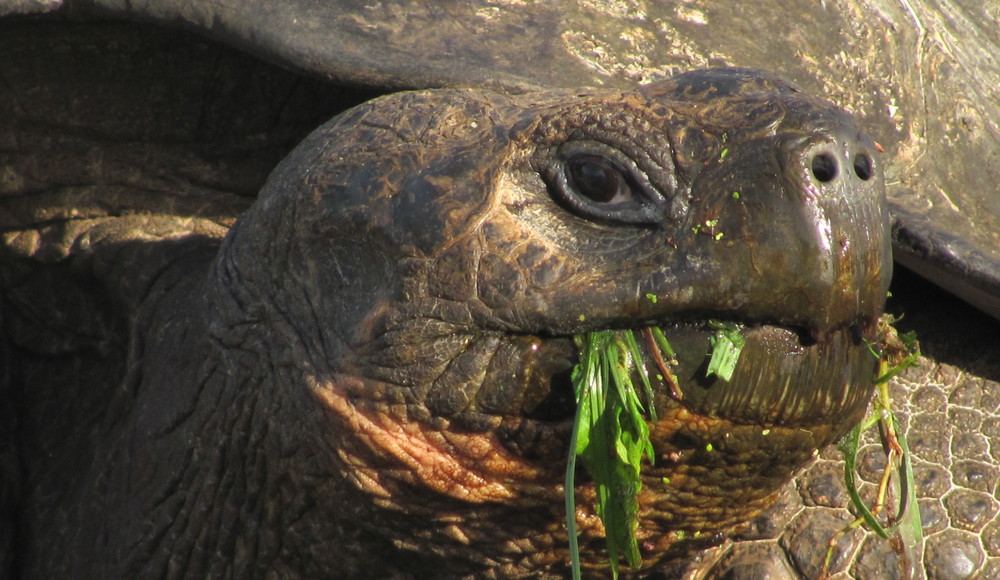 Invasives on the menu for endangered tortoises

Invasive species are usually associated with negative impacts on their surroundings. Be it animals such as grey squirrels out-competing their smaller, red squirrel cousins, or disease carriers that decimate local populations, as seen in the devastating effect of signal crayfish on white crayfish native to UK waterways.

There are, however, occasions when invasive species can be a boon for the locals. Researchers working on the Galapagos have discovered how the endangered giant tortoises of the island actually seem to prefer non-native plants, and could be thriving on these additions to the menu.

Invasive vegetation makes up over half of the diet of these iconic giants, and research suggests a preference for it – even though the tortoises can go for many months without eating, they appear to make an extra effort to haul themselves up to the highlands to gorge themselves on introduced plants that thrive there.

The researchers believe that these non-natives, including introduced guava, offer far more nutritional value than the tortoises’ usual fare, and could contribute to a healthier population of the charismatic giants.