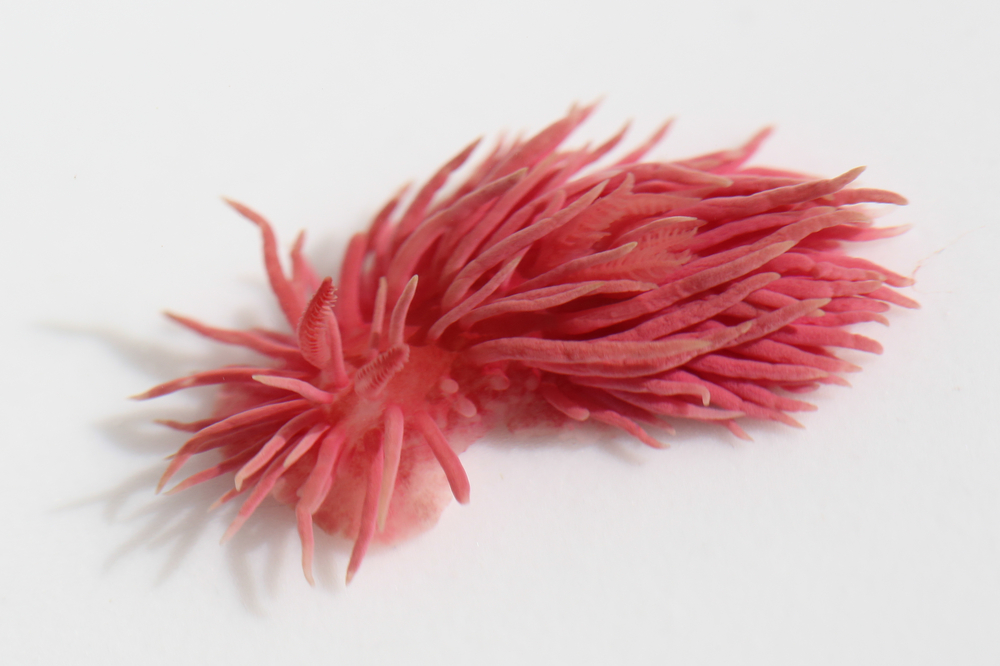 Pretty, pink, and a herald of climate change?

The vivid pink of Hopkins’ Rose nudibranch is eye-catching, beautiful and hard to miss.. A bloom of the tiny, colourful sea slugs in an unexpected location – the rocky shores of northern California – has led researchers to suggest that it may be a signal for rapidly warming waters.

Hopkins’ Rose (Okenia rosacea) can normally only be found further south, living in shallow waters along the Pacific coast of the United States. A record bloom four decades ago heralded an El Nino year, with waters undergoing significant warming. Now, in 2015, scientists from the California Academy of Sciences are concerned the pink population explosion may be mirroring those past events. “While we are thrilled to see this beautiful bloom of normally rare nudibranchs, we are concerned about the long term consequences of our changing coastal environment,” says Terry Gosliner, author of a 2011 study that linked nudibranch numbers and climate change.

Beautiful though the bloom may be, the elevated water temperatures that may have allowed it to happen can bring a host of problems for the area’s ecosystems, as Gosliner explains: “We can’t ignore that warming seas mean less food for sea birds, and adverse impacts for all marine ecosystems.”

The above piece is based on materials provided by the California Academy of Sciences.