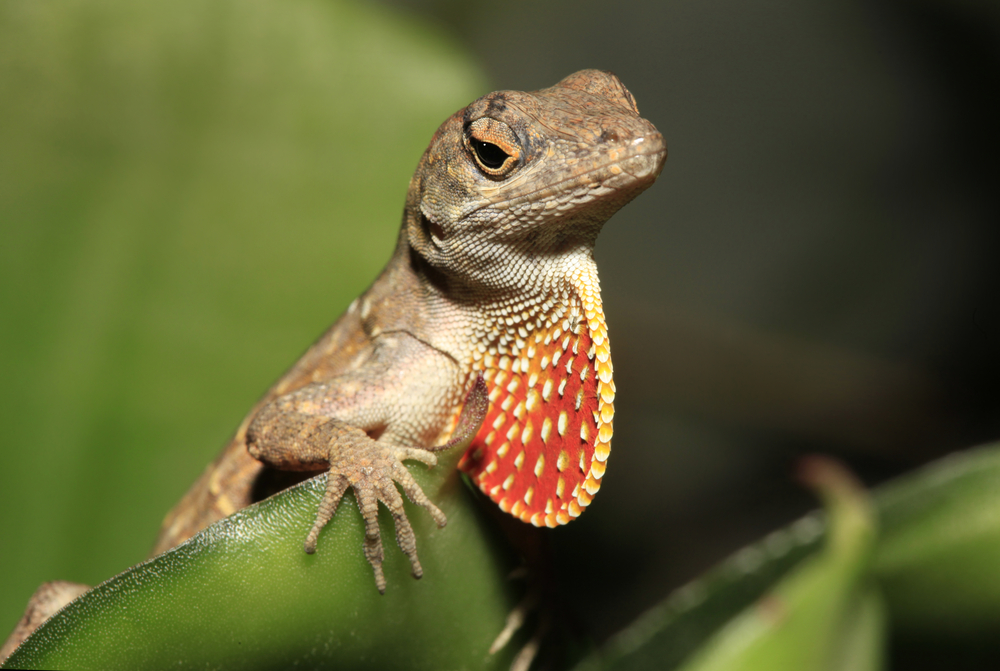 Invasive species are consistently a severe threat to native species, in many cases out-competing the natives and propelling them towards an uncertain future or unfortunate demise. Now, however, a recent invasion of anoles lizards in the United States has given scientists the opportunity to witness something amazing in action: an incredible example of rapid evolution.

Until recently, the Carolina green anole (Anolis carolinensis) was the sole native anole lizard that inhabited the southeastern United States. That was until, fueled by the pet trade, its habitat was invaded by the Cuban brown anole lizard (Anolis sagrei). Both species of lizard share very similar ecology and habitat, typically spanning from ground to tree crown. However, it was noticed that wherever the Cuban brown anole occurred, the Carolina green was to be found much higher up the tree.

This gave a team of American scientists opportunity to study the evolutionary consequences of this invasion in real time. Inspired by a classic paper, published in 1956 by Brown and Wilson, the team designed a study to investigate whether any evolutionary divergence had occurred between the two closely related species, and to test if this was driven by mutually negative interactions. Yoel Stuart, of Harvard University, revealed “We had two predictions. One: that perch height would be higher for the Carolina anole in areas where the brown anole was found, and two: that there would be an evolutionary consequence to this behaviour modification.”

In 1995, six study islands along the Intercoastal Waterway in Florida, which were as yet not invaded by the Cuban brown anole, but were home to a resident population of the Carolina green, were selected. Data was collected on perch height before a small number of Cuban brown were released onto three of the study islands, leaving three as control islands. From May to August 1995-1998 perch heights were measured for both species.

The introduced anole lizard population grew rapidly. Amazingly in just three short months, the perch height of the Carolina green had already begun to increase, while perch height on the control islands remained constant. Stuart did not expect such rapid changes: “We were predicting some evolution, but were surprised by the rate at which it was proceeding.”

A further study on the islands revealed that alongside an increase in perch height of the Carolina green, their toe length and pad size had also increased. In addition, the lizards also had more lamellae – fine plates on the underside of the toes. The lizard had developed larger and ‘stickier’ toe pads. Incredibly, in just 15 years and 20 generations, native anoles had responded to the thinner, smoother branches found at increased heights by adaptively developing improved grip.

“The evidence for an evolutionary change surprised me,” said Stuart.  “The pace at which the change was happening surprised me even more.”

Several alternative processes were tested which could have generated this observed divergence. This included testing the hypothesis that the change could have occurred post hatching. Eggs were collected from the invaded and not invaded populations and hatched and raised in identical conditions. The changes were still observed in the lizards that had been collected from the invaded population, ruling out non-evolutionary phenotypic plasticity. Non-random migration as a driver of evolutionary change was ruled out, as was toe pad changes generated by adaptation to environmental differences and ecological sorting.

Joel Stuart, who continues to work with Anolis lizards, is pleased with the discovery, but more so for the Caroline green anole itself: “We were happy because our finding portends good news for the green anole: they should be able to adapt to coexist with the brown anole. We’ll just have to get used to looking for them up in the trees.”