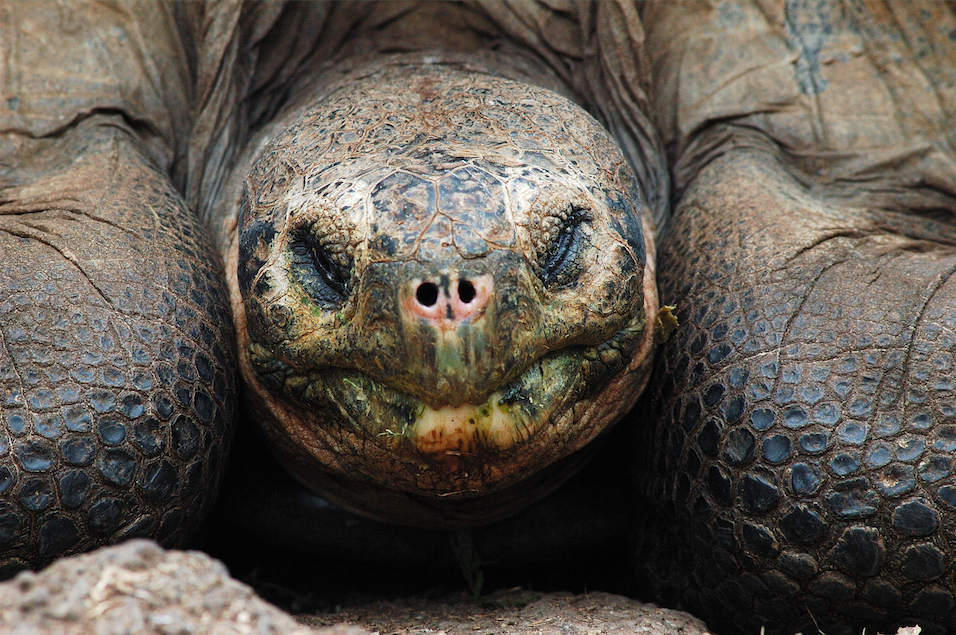 The Española giant tortoise; a true story of success and hope in conservation

The lead author of a report that has used 40 years’ worth of data provided and gathered by the Galapagos National Park Service, Charles Darwin Foundation, and visiting scientists, has declared the captive breeding program and subsequent reintroduction of Galapagos giant tortoises on Española, in the Galápagos Islands, “a true story of success and hope in conservation”.

The giant tortoises of the Galápagos Islands are the longest lived of all vertebrates. The oldest tortoise on record reached the ripe old age of 152. Back in 1835 when the HMS Beagle dropped anchor with a young Charles Darwin on board, there were 12 sub-species of Galapagos giant tortoise (Chelonoidis nigra ) – now after the death of Lonesome George in 2012, the last of the Pinta island subspecies, there are just 11 left, with many of them being vulnerable to extinction or worse. One of these, the endemic Española giant tortoise (C. n. hoodensis), was perilously close to extinction with a global population of just fifteen remnant individuals left. This calamitous decline was attributed, in part, to the tortoise being used as food by pirates, explorers, merchant seamen and the like, from the 17th century onwards. The introduction of non-native species such as pigs, dogs, cats, goats and cattle also presented a serious threat to their food source and eggs.

Since 1970, the now Critically Endangered subspecies, has been under strict protection by the Ecuadorian government and a captive breeding program was established by the Charles Darwin Research Station. Thanks to this breeding program, and subsequent reintroduction of the Española giant tortoise, the island is now home to a secure population of some 1,000 tortoises. James P. Gibbs, a professor of vertebrate conservation biology at the SUNY College of Environmental Science and Forestry (ESF) and lead author of a paper published in the journal PLOS ONE yesterday, said that the Española giant tortoise’s story is “a rare example of how biologists and managers can collaborate to recover a species from the brink of extinction”.

The paper is an account of the detailed study that was carried out on the island of Española, which confirms that the population is stable and breeding. Over five decades, the intense conservation effort involved the release of over 1500 captive bred tortoises, and in 2007, more than half of them were still alive. However, Gibbs and his team have advised that it may take time for these numbers to increase further, due to the ecological consequences of damage caused by the now-eradicated goats.

After the removal of the grass devouring goats from the island, chemical analysis has revealed a pronounced shift from grasses to woody plants over the last century on Española, thus hindering the growth of a cactus which is an important part of the tortoise’s diet. “Population restoration is one thing but ecological restoration is going to take a lot longer,” said Gibbs. He also revealed the impact that this ecological shift has on endangered species such as the waved albatross, with the increased vegetation inhibiting the movements of these maladroit sea birds, hindering their ability to take flight. “This is a miraculous conservation success accomplished by the Galapagos National Park Service,” said Gibbs, “but there is yet more work to fully recover the ecosystem upon which the tortoises and other rare species depend.”

For even more in depth articles and beautiful photography, subscribe to Biosphere print magazine here for just £20 for an entire year