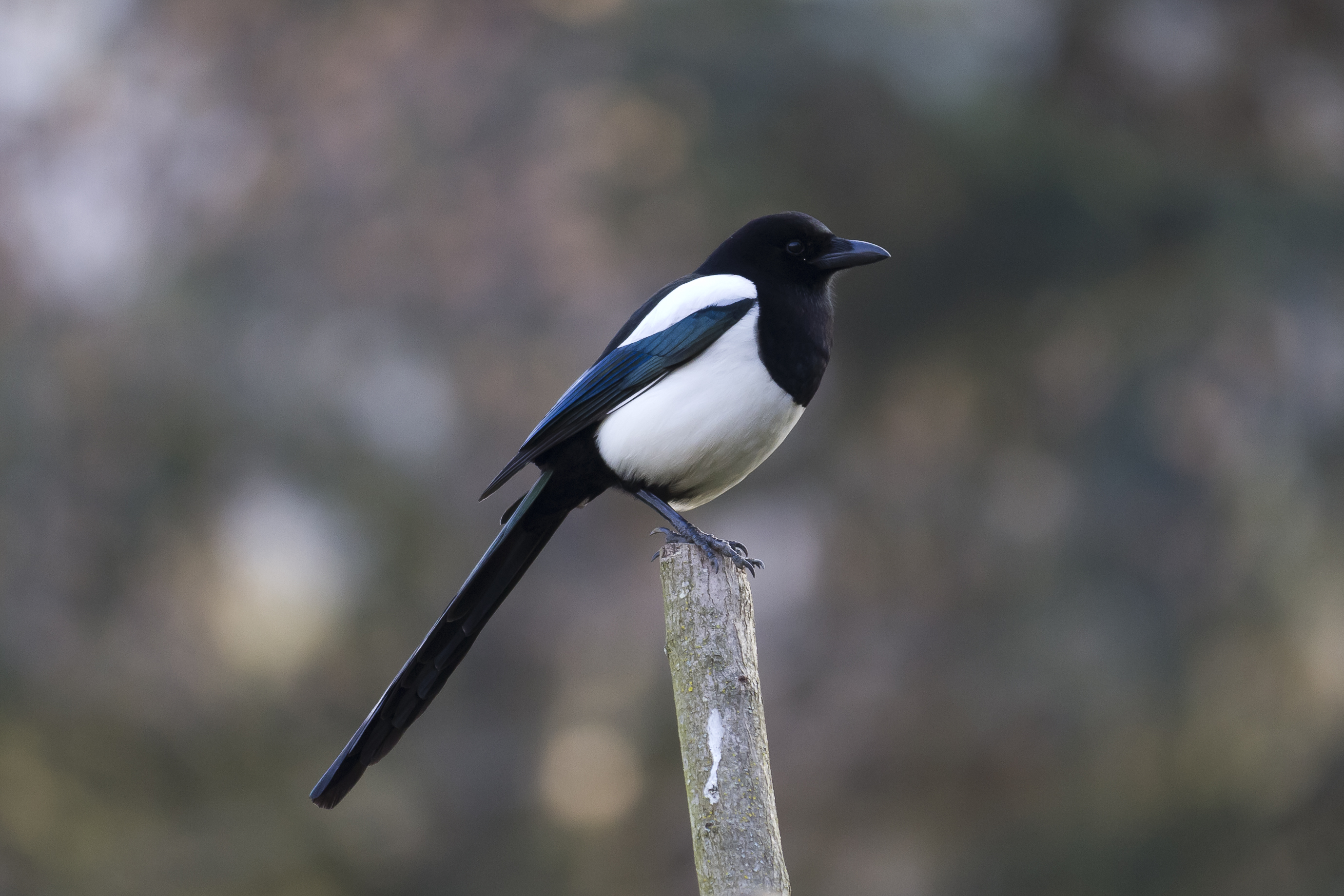 Female magpies have been shown to be more adventurous than their male siblings, according to new research.

In a recent study, which investigated the combined role of sex and hatching order on the behaviour of captive magpies Pica pica, a team of researchers discovered that first-hatched females were more explorative than their male siblings. At the same time, last-hatched chicks were less explorative than males.

The first focussed on individuals’ exploration behaviour in a completely new environment and the second tested the response towards a previously unknown object – in this case a colourful toy truck.

They predicted that differences in personality would differ across laying order, and in addition, these would differ between each sex – which was proven. The results suggest that hormonal as well as post-natal environmental mechanisms could be underpinning this pattern.

Dr Carl Soulsbury, from the School of Life Sciences, University of Lincoln, UK, said: “Hormones could be one possible alternative explanation of age-specific differences. Previous research has shown that exposure to hormones during early development is important in shaping the development and personality traits of the offspring. Understanding which hormones act as drivers for this variation is a key aspect of future study.”

Yolk androgens (hormones that control the development of male characteristics) have been shown to have many early and late-life effects. Elevated yolk androgen levels are known to increase a number of behavioural traits such as increased aggressiveness, dominance and dispersal distances.

Typically, yolk androgens increase over the laying sequence in many bird species. Higher levels of testosterone in the later eggs may help last-hatched individuals to overcome the disadvantage of hatching later. Post-natal conditions also have an important impact on personality traits, with last-hatched chicks at a competitive disadvantage.

Dr Soulsbury concluded: “The fact that observable differences between the first hatched and last hatched magpie’s behaviours exist indicates that mothers may be able to produce variable traits, possibly through adjustable transmission of maternal hormones or creating the conditions for sibling rivalry. Mothers could potentially produce a variety of personalities perhaps as an adaptive strategy in unpredictable environmental conditions. We found consistent variation in exploration and neophobic behaviour of the magpie related to both date of hatching, sex and hatching order. Our results raise the important possibility that hormones which are allocated differently between and within clutches may explain our observed personality patterns.”

Future research is needed to fully understand the importance of both in creating different offspring personalities.

This article was based on materials provided by University of Lincoln, edited for content and length. Author: Marie Daniels