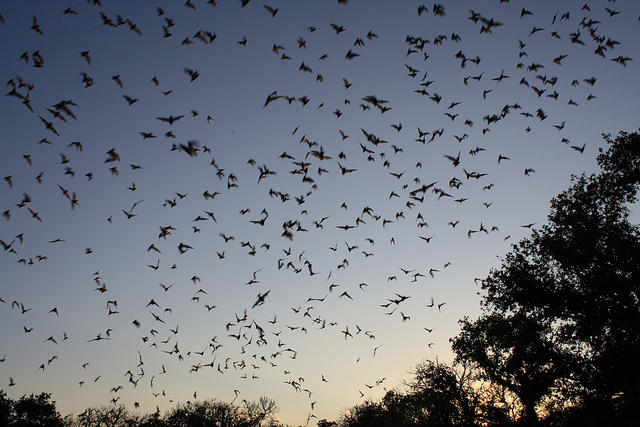 A new study published in Nature Communications shows that when a bat flies close to an object, the number of active neurons in the part of a bat’s brain responsible for processing acoustic information about spatial positioning increases. This information helps these masters of flight to react rapidly and avoid obstacles.

As nocturnal animals, bats are perfectly adapted to a life without light. They emit echolocation sounds and use the delay between the reflected echoes to measure distance to obstacles or prey. In their brains, they have a spatial map representing different echo delays. A study carried out by researchers at Technische Universität München (TUM) has shown for the first time that this map dynamically adapts to external factors.

Closer objects appear larger
When a bat flies in too close to an object, the number of activated neurons in its brain increases. As a result, the object appears disproportionately larger on the bat’s brain map than objects at a safe distance, as if it were magnified. “The map is similar to the navigation systems used in cars in that it shows bats the terrain in which they are moving,” explains study director Dr. Uwe Firzlaff at the TUM Chair of Zoology.

“The major difference, however, is that the bats’ inbuilt system warns them of an impending collision by enhancing neuronal signals for objects that are in close proximity.”   Bats constantly adapt their flight maneuvers to their surroundings to avoid collisions with buildings, trees or other animals. The ability to determine lateral distance to other objects also plays a key role here. Which is why bats process more spatial information than just echo delays. “Bats evaluate their own motion and map it against the lateral distance to objects,” elaborates the researcher.

The results show that the nerve cells interpret the bats’ rapid responses to external stimuli by enlarging the active area in the brain to display important information. “We may have just uncovered one of the fundamental mechanisms that enables vertebrates to adapt flexibly to continuously changing environments,” concludes Firzlaff.

This study was funded by the German Research Foundation (DFG).

This article is based on materials provided by Technische Universität München, edited for content and length.