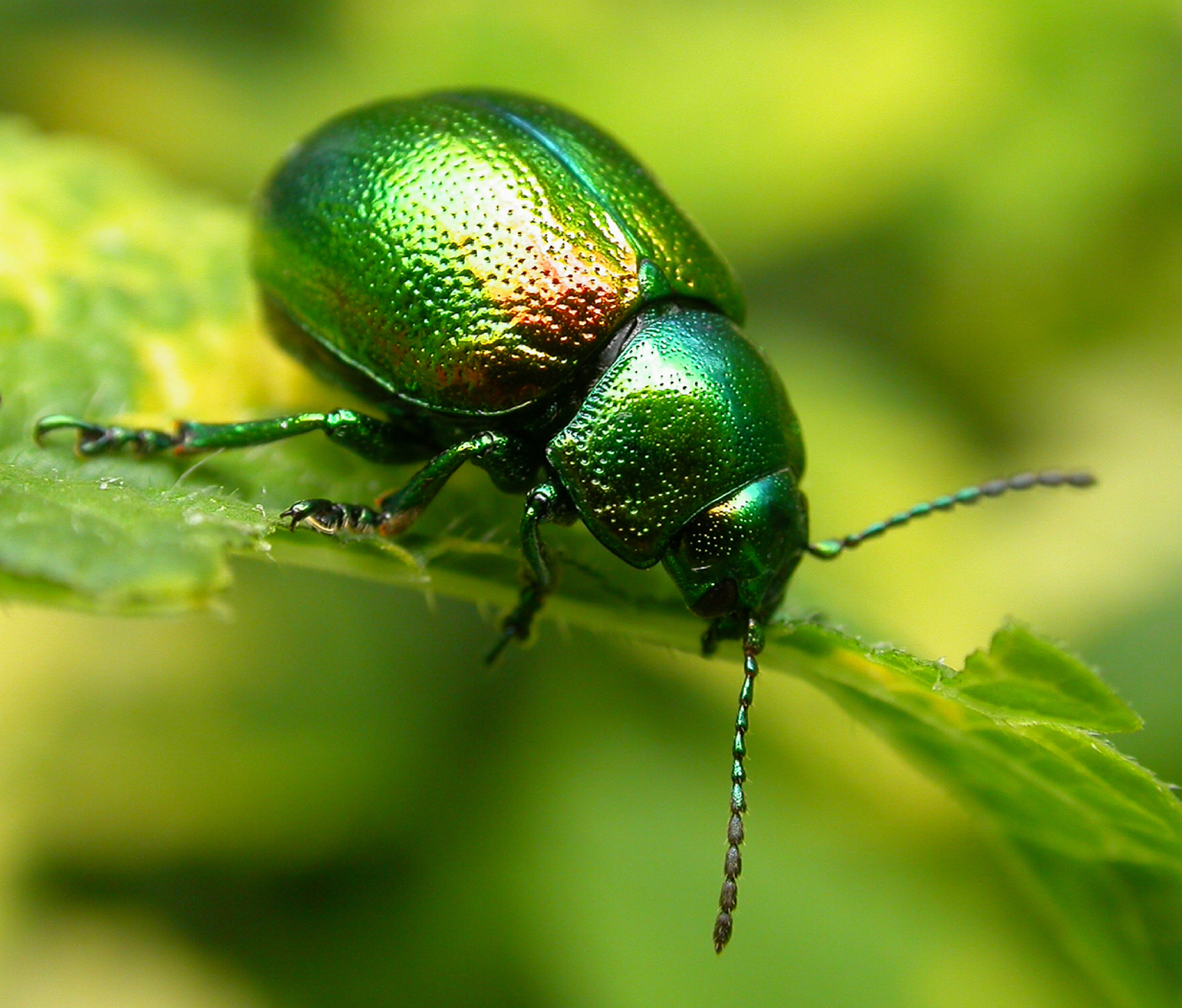 The news may not have universally set pulses racing, given that it concerns an insect the size of a little fingernail, but nonetheless last week’s announcement by Natural England that a presumed extinct population of tansy beetles at Woodwalton Fen in Cambridgeshire was still alive and kicking was a rare good news story for nature conservationists in the UK.

The rotund, brilliant metallic green tansy beetle, Chrysolina graminis, has despite its name several potential food plants, though many other members of the family are monophagous. The only previously known population in Britain, on a 30km stretch of the River Ouse either side of York, feeds on its namesake plant, whereas at Woodwalton (and in the past elsewhere in the fens) C. graminis is found on water mint.

The tansy beetle was the subject of two PhD projects last decade at the University of York, and whilst the water mint-feeding fenland beetles won’t have exactly the same ecology as those by the River Ouse (and are not likely to suffer the same rate of host plant destruction – tansy is sometimes mistaken for ragwort and often removed as a weed from land managed for grazing livestock) the resulting publications provide a useful foundation of knowledge for those who will now be engaged in conserving two British populations of Chrysolina graminis, on two food plants, in two regions of the country. For example, a mark-recapture study undertaken during the latter project showed that movement between patches is limited, and usually of a distance less than 100m – perhaps as expected for a beetle that rarely if ever flies.

However, a small number of individuals made much larger movements of up to 856m, and since dispersers were biased toward females this suggests the occupancy of isolated patches might depend on the arrival of ‘pioneer’ egg-bearing females.

One of the current conservation strategies for tansy beetles is indeed to plug the largest gaps in the current distribution of its food plant. It may also help to increase the permeability of the boundary between existing food plant patches and the surrounding habitat matrix, to encourage dispersal and ensure these new patches become occupied.

The final stage of Chapman’s study was to use the dispersal dynamics already calculated to parameterise an autologistic model, which, simply put, is one that corrects for the fact that a patch is more likely to be occupied if the neighbouring patch is itself occupied.

Using this technique, it was possible to infer dispersal processes for the tansy beetle from static distribution data. This is a technique that could prove useful in the conservation of insect species for which a snapshot of current distribution is all that is available.

So if it’s a relatively sedentary species, how did the tansy beetle manage to persist undetected for 40 years, at a relatively well-studied site? There are certainly plenty of precedents in the British insect fauna such as the Mediterranean oil beetle (Meloe mediterraneus), which was rediscovered in 2012 after an absence of over a century.

The remarkable fecundity of insects (a single female lily beetle, another of the Chrysomelids, can lay up to 450 eggs) can keep even a very small total adult population ticking over for a long period of time.

The number of individual insects actually noted by people represents so small a tip of the iceberg that small populations are only discovered by sheer luck, or once environmental conditions become more suitable and the population starts to build again. Let’s hope it’s the latter for this engaging beetle, as Dr Peter Kirby, the entomologist who made this month’s discovery, suggests.

Whether this constitutes proof that you can’t keep a good species down remains to be seen. The general threat of extinction remains all too real, especially among invertebrates, of which so many are poorly known, not just in remote rainforests but even in a country that’s been more exhaustively studied by naturalists than any other.

If an insect can go unnoticed for so long, it could just as easily vanish without any witnesses. The case of the Woodwalton tansy beetle is a timely encouragement to keep up the hunt for our lost insect jewels, find them and protect them, before it’s too late.