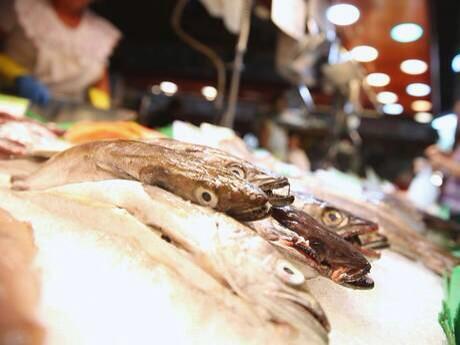 A groundbreaking study from scientists at the University of Plymouth reveals how dacades of overfishing have reduced populations of many of the oceans top predators to a historic low. One of the paper’s authors Professor Jason Hall-Spencer, discusses their findings:

Last month, the Environmental Audit Committee cast its oar into the water surrounding the issue of protecting our marine environment – and the lack of decisive action taken by the government thus far.

The committee, led by Joan Walley MP, questioned the government’s commitment to introducing Marine Conservation Zones after less than a quarter of the 127 sites recommended by independent project groups were designated as MCZs. Of the 27 that were, deep concerns remain over the adequacy of the enforcement provisions put in place, largely due to budget restrictions at DEFRA affecting the Marine Management Organisation, the public body responsible for their management.

Today we’ve published a scientific study of commercial fishing catches over the past 90 years that reveals the true impact that industrial fishing has had upon marine life in the English Channel. There’s been a huge decline in what we call ‘white fish’, those species that live near the sea bed and have delicious flakes of white flesh – Cod, Ling, Hake and Haddock. Man-sized fish like Halibut and the so called ‘Common Skate’ have disappeared completely off the south of England and northern France.

When we examine the footprint of mobile fishing gear, like beam trawlers and scallop dredgers, the reason is screamingly obvious – the seabed off South West England is repeatedly towed over by tonnes of heavy fishing gear; no wonder there are only ‘tiddlers’ left. The supermarkets of Brixham, Plymouth and Newlyn stock cod and haddock freighted in from Iceland and Norway, where fishing with trawls and dredges is banned in coastal waters because of the damage it does to the spawning areas of fish. Most of the salmon, bass and bream we eat originate from fish farms because we simply cannot catch enough of those species in UK waters to meet consumer demand.

The ecological balance of our shores has changed dramatically; intense fishing of the English Channel by fleets from all over Europe has removed fish stocks, allowing the cockroaches, rats and mice of the sea to thrive.

Perversely, business is booming for the scallop dredging fleet since scallops have tough shells and thrive in heavily trawled areas – but most of this catch is destined for the export market.

I want to see the harbours of the south coast bustling with small fishing vessels catching delicious food in a sustainable manner. The only way to achieve that is to prevent widespread damaging activities.

We know from our own research in Lyme Bay in South Devon, and off Lundy in the north, that marine life soon recovers once the use of mobile gear is stopped in inshore waters.  If you dive in shallow waters off the Azores or Norway, where the seabed is left alone, the place is teeming with life, with small fish that grow up to support the fishing industry offshore.

As Joan Walley concluded: “When a rare species or biodiverse stretch of seabed is destroyed it may be lost forever. The Government must therefore act on the best available evidence and base its decisions on new MCZs on the precautionary principle, rather than demanding unobtainable evidence.”

Well, the scientific evidence is in. Now is the time for the government to act. Setting aside areas where marine life can recover just makes sense. It’s the right thing to do.