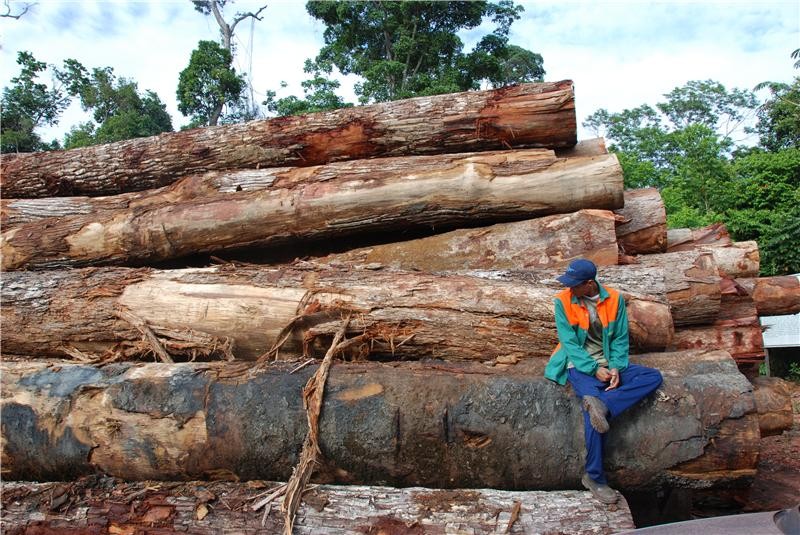 The human impact on the Amazon rainforest has been grossly underestimated according to an international team of researchers from Brazil and the UK, led by Lancaster University.

Previous estimates have been largely based on deforestation that can be calculated from satellite imagery. However, not all logging is so easily visible. Selective logging is a slow moving process that has remained undetected by satellites, but not by the environment.

When you talk about degradation it is more cryptic. Chunks of the forest are affected but when you look from the satellite image you still see trees, you just don’t know the condition, and that is why it is overlooked. – Dr Erika Berenguer

They found that selective logging and surface wildfires can result in an annual loss of 54 billion tonnes of carbon from the Brazilian Amazon, increasing greenhouse gas emissions.

This is equivalent to 40% of the yearly carbon loss from deforestation — when entire forests are chopped down.

This is the largest ever study estimating above and below-ground carbon loss from selective logging and ground level forest fires in the tropics, based on data from 70,000 sampled trees and thousands of soil, litter and dead wood samples from 225 sites in the eastern Brazilian Amazon.

The forest degradation often starts with logging of prized trees such as mahogany and ipe. The felling and removal of these large trees often damages dozens of neighbouring trees.

Once the forest has been logged, the many gaps in the canopy means it becomes much drier due to exposure to the wind and sun, increasing the risk of wildfires spreading inside the forest.

The combination of selective logging and wildfires damages turns primary forests into a thick scrub full of smaller trees and vines, which stores 40% less carbon than undisturbed forests.

So far, climate change policies on the tropics have effectively been focusing on reducing carbon emissions from deforestation only, not accounting for emissions coming from forest degradation.

Lead researcher Dr Erika Berenguer from Lancaster University said: “The impacts of fire and logging in tropical forests have always been largely overlooked by both the scientific community and policy makers who are primarily concerned with deforestation. Yet our results show how these disturbances can severely degrade the forest, with huge amounts of carbon being transferred from plant matter straight into the atmosphere.”

The research to be published in Global Change Biology on June 3 was carried out by 10 researchers from 11 universities and research institutions in Brazil and the UK.

The second author, Dr Joice Ferreira from Embrapa in Brazil, said: “Our findings also draw attention to the necessity for Brazil to implement more effective policies for reducing the use of fire in agriculture, as fires can both devastate private property, and escape into surrounding forests causing widespread degradation. Bringing fire and illegal logging under control is key to reaching our national commitment to reducing carbon emissions.”

The above story is based on materials provided by Lancaster University.