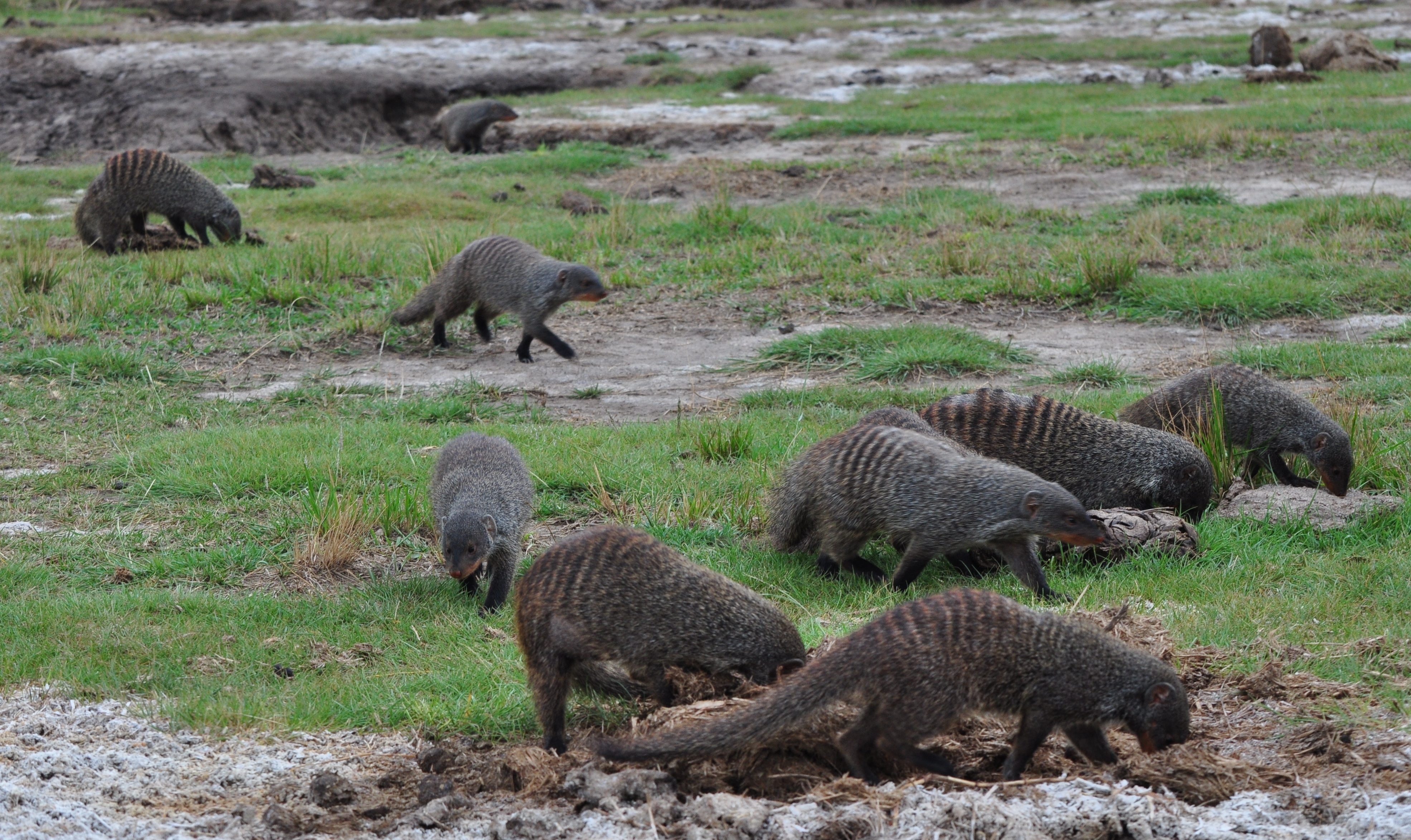 I’ve been helping with the research at the Banded Mongoose Project for about a week and a half now. There nothing like just walking around and spending time observing mongooses to gain insight into why they behave like they do. For a start all the anomalies in the data begin to make sense by learning a bit about the ecology and the behaviour that isn’t described by the data collected; as you can’t record everything.

I have been following focals (watching particular individuals within the group) on pregnant females (we also focal pups when they are around too) as they forage to assess if there is any competition for food and whether they stay nearer to certain members of their pack than others. I have followed a couple of packs which have already highlighted interesting differences that I would not have known otherwise.

When foraging mongooses tend to fan out. So trying to follow pack 11 (consisting of about 20 mongooses) it is hard to keep an eye on the focal female that you let alone the rest of the pack through scrub savanna. I quickly learnt that we were actually surrounded as the group had spread over a good 50m2 area. What they were after was invertebrates, frogs or anything else they could feasibly get their mouths around- and the best source for this feast seems to be from large herbivore dung; particularly elephant that have numerous invertebrate larvae trying to grow in them. When mongooses find a millipede they roll it on the ground first to remove the defensive toxins. However, they ignore brightly coloured millipedes that are above ground as they are too poisonous.

I have also been out following pack 1B on a couple of their forays. They have not been sticking to their own turf and have been foraging through multiple neighbours territories; which seems like it can only be asking for trouble.

This made following them very interesting. For a start as you can see in the picture above they tended to stick within eyesight of each other (which was completely opposite to pack 11 as they maintained contact through short contact calls and snuffling). 1B was definitely very aware they were not meant to be there but whenever they came past a prominent stick or small bush they would swarm all over it rubbing themselves against it and each other. This reaffirmed their own scent on each other incase of trouble and they were split up. It also adds a territorial claim at the same time. 1B scent marking a branch.

We continue to follow pack 1B on its unusual trek through 1H’s and 7A’s territories. But now some of the old males (and probably the wiser ones) started to make loud ‘follow me’ calls, and determinedly walking in the opposite direction towards home territory. But this effort did not work and the majority decided they would carry on to the salt marsh where they met an unexpected surprise in a pair of spur-winged lapwings (Vanellus spinosus) who were probably nesting in the area and did not welcome the sight of a large pack of mongooses that given half a chance would eat their eggs/chicks. Hence the lapwings decided to go on the offensive and fly at the mongooses screeching loudly. This sent the mongooses fleeing into the bushes as fast as they could with their fur on end and tails like bottle brushes! Only a few larger and bolder individuals stayed out in the open warily watching the lapwings until they could pass around them. Male BM436 standing his ground to lapwing (to the right in the background) and a clearer picture of a spur-winged lapwing on right.

Eventually the rest of the pack decides it is time to move on and as we leave them they had completed the large loop and were safely back in their own territory, after their recent and unexpected confrontation.