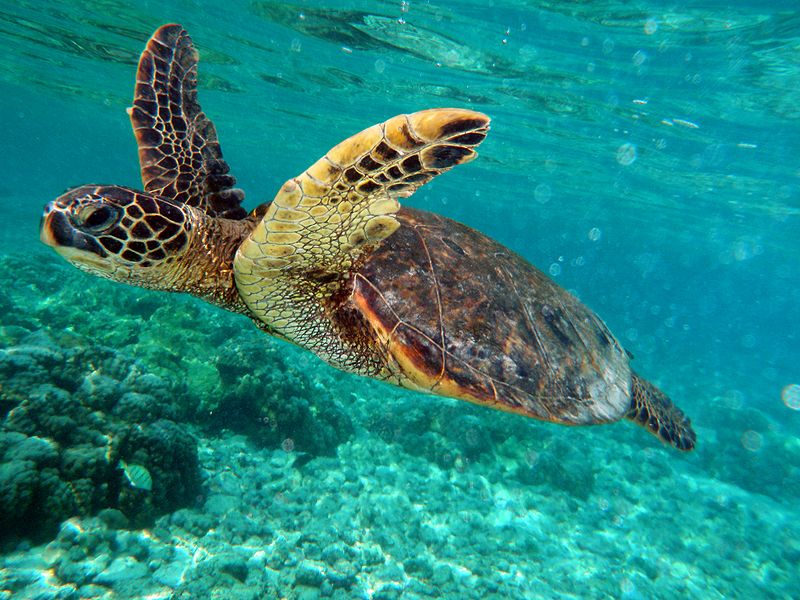 There are seven species of sea turtle in the world, six of which are at least classified as Vulnerable to extinction by the IUCN Red List of threatened species. You might think, then, that they would be protected worldwide, but you’d be wrong. A new study by the University of Exeter and Blue Ventures Conservation has found that over 42,000 marine turtles are caught each year legally. 80% of these are the endangered green turtle Chelonia mydas.

Frances Humber, a PhD student at the University of Exeter, and Blue Ventures staff member, who led the research, said:

“This is the first study to comprehensively review the legal take of turtles in recent years, and allows us to assess the relative fisheries threats to this group of species. Despite increased national and international protection of marine turtles, direct legal take remains a major source of mortality. However, it is likely that a fraction of current marine turtle mortality take is legal, with greater threats from illegal fisheries and bycatch.”

Humber collated data on legal fishing of marine turtles from over 500 publications and information provided by 150 in-country experts. Legal fisheries are concentrated in the wider Caribbean region, including several of the UKs Overseas Territories, and the Indo-Pacific region. Papua New Guinea has the highest legal take, followed by Nicaragua and Australia. Since the 1980s, over 2 million turtles have been caught, however numbers appear to be falling in more recent years. This decline in catch could be contributing to an increase in many green turtle nesting populations.

These numbers of turtles have been provided from legal fishing activities. What numbers are likely to be reached from illegal fishing and by-catch, where individuals will be less forthcoming with information? The researchers suggest that this is likely to far outweigh the legal catch allowed by the 42 countries identified in this study.

Dr Annette Broderick, of the University of Exeter, added:

“We were surprised to find that there are 42 countries with no legislation in place that prohibits the harvest of marine turtles, although for many of these countries these harvests provide important sources of protein or income. It is however important to ensure that these fisheries are operating at a sustainable level.”

Turtles are culturally significant in many countries. Humber suggests that this could play a key role in their conservation, providing incentives for management of catch numbers. With this management, whilst maintaining a level of legal catch, even the most depleted populations could recover. However, knowing what level of catch is safe for the turtle populations recovery requires more research into what is currently causing turtle declines, be it legal or illegal.