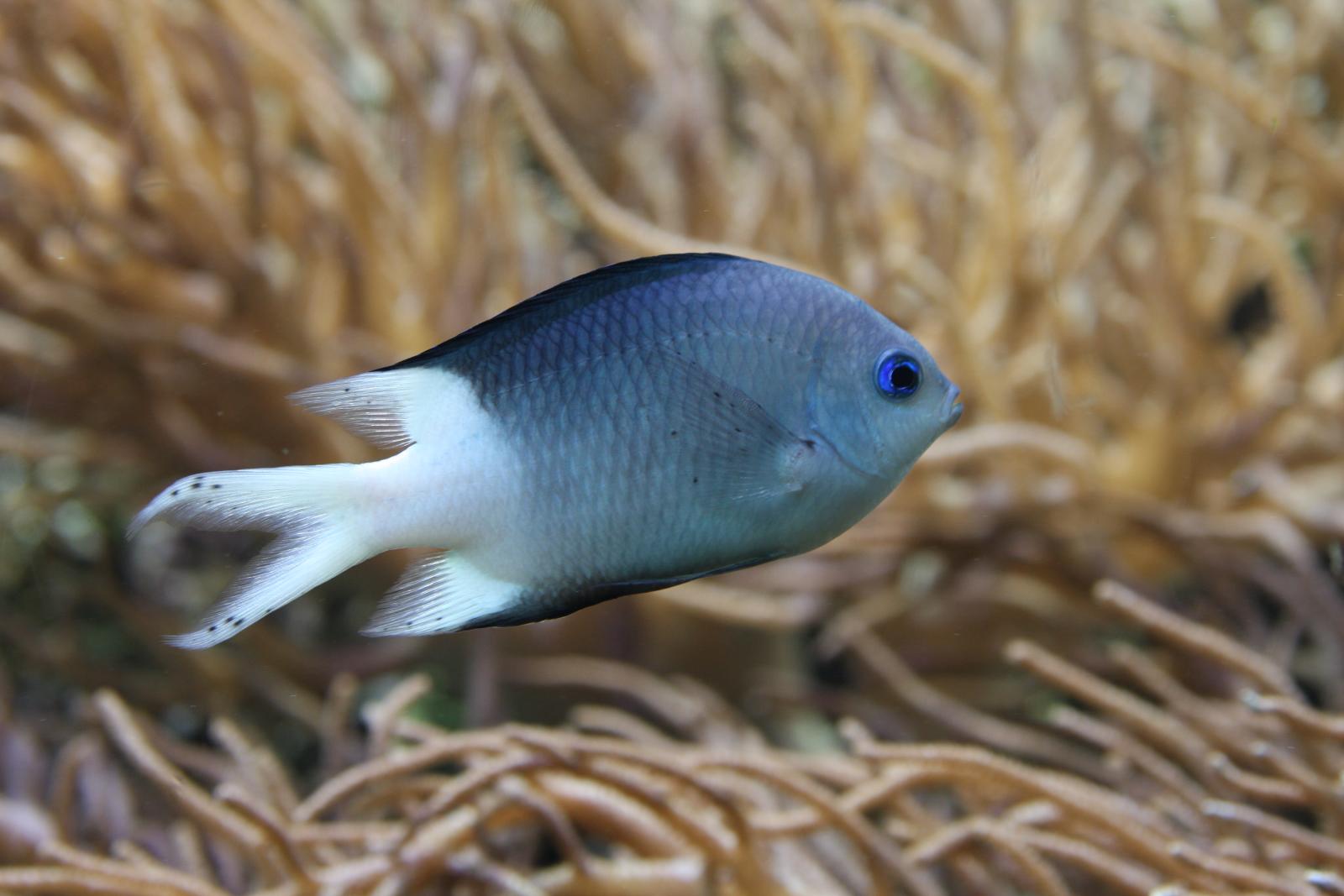 Attack on the senses: Ocean acidification hurts sight of the spiny damselfish

Excess carbon dioxide that is emitted from burning fossil fuels, and destroying large areas of forest that could otherwise soak up some of this carbon dioxide,

A combination of human impacts are leading to the acidification of our oceans. Burning huge amounts of fossil fuels releases carbon dioxide into the atmosphere. Destyorying vast areas of forest removes vital organisms that could absorb some of this excess CO2. Instead, the ocean absorbs the gas instead.

This causes the ocean to become more acidic. Organisms living in the ocean are used to the fine balance of the ocean’s systems, so when it is disrupted they can be negatively affected. We already know that ocean acidification can affect the hearing of coral reef fishes, and other fish are less able to detect chemical signals.

However, this new research suggests that ocean acidification might also be affecting marine organisms sight.

Spiny damselfish (Acanthochromis polyacanthus), can detect flickering lights. Researchers placed the damselfish in tanks with different levels of carbon dioxide, and saw how well they responded to flickering lights by recording the nerve cell activity within the eyes using electrodes.

If the electrodes detected nerve activity in synchrony with the flashing lights, this was determined to be the fish recognising the light source.

They could only recognise those that were flashing 10% slower than the amount they can recognise in today’s ocean conditions. This impaired vision of the spiny damselfish could leave it more vulnerable to predators.

The higher-CO2 conditions likely disrupt the GABA family of nerve-cell proteins, which are involved in vision and behavior, the researchers say. Other animals possess these proteins, so carbon dioxide in the ocean is therefore likely to impair the vision of many other species. Will they be able to adapt to overcome this impairment in time if the acidification of our ocean continues to increase throughout the century?