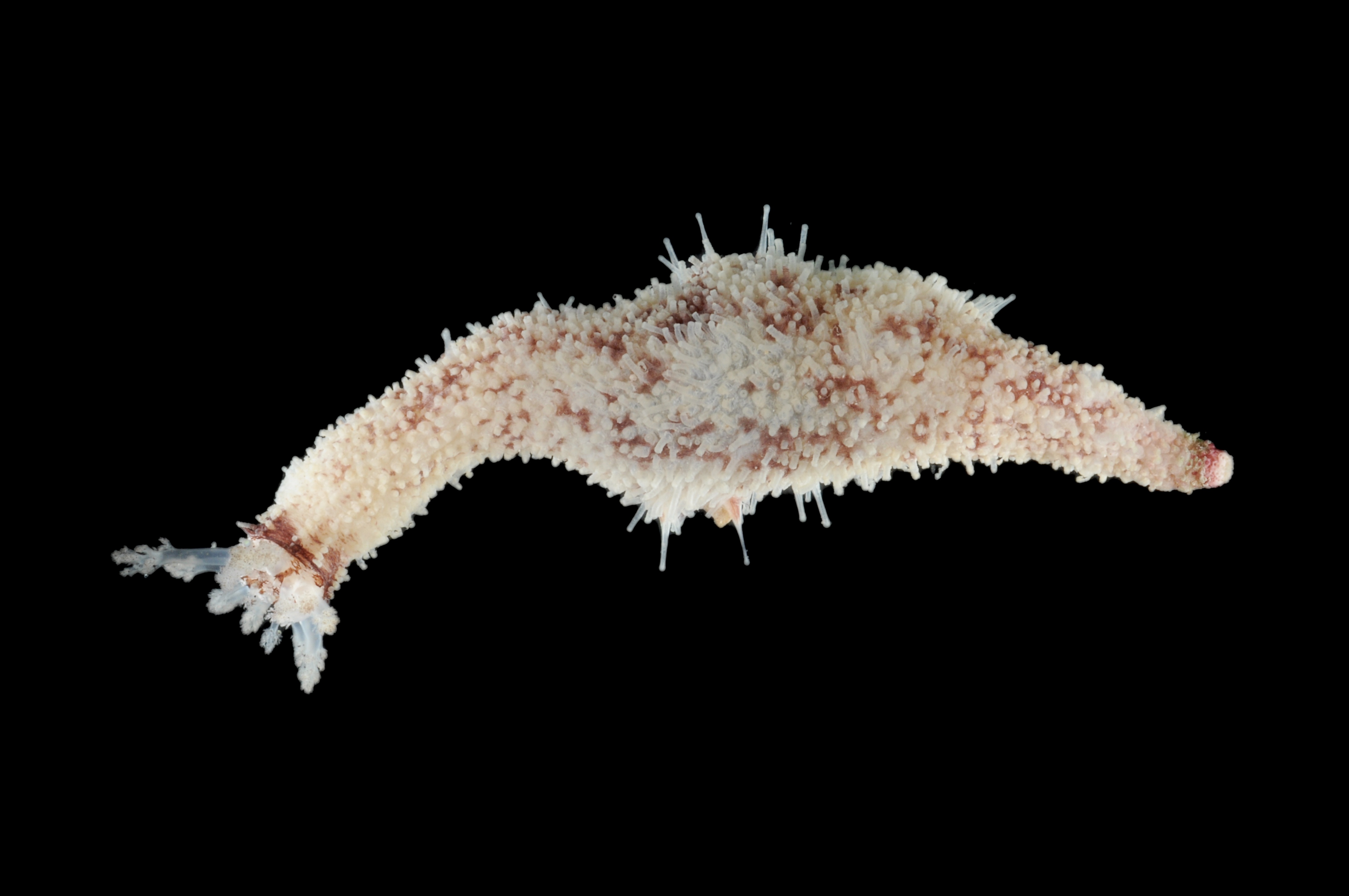 A new species of sea cucumber has been discovered and named Phyrella mookiei, after Mookie, the pet wheaten terrier.

Mookie is an adorably fluffy wheaten terrier. She belongs to Mandy Bemis, a collection assistant on the research project led by Francois Michonneau and Gustav Paulay from the University of Florida. The new species of sea cucumber that the team discovered is adorably fluffy in a different kind of way, but you can see some sort of resemblance in the white tufts of the two! Francois  outlines his experiences on the study below:

In 2010, during the sea cucumber taxonomy workshop we organized in Guam, we collected what we thought was a new sea cucumber species of the order Dendrochirotida. At least, we knew it was interesting as this order was known to have only two species in Guam, and this clearly was neither. Back to the museum, we started to examine the specimen more closely to assign it to the appropriate genus. It soon became apparent that this species belonged to the genus called Phyrella (family Phyllophoridae). To determine if it was a new species, we first went through all species that are currently in this genus, and our species did not match any of the 4 species assigned to Phyrella. At this stage, it looked like describing this new species would have been a quick and easy side project. It was not. The paper is pretty large (40 pages), and took a long time to put together. So, what happened?

The species description turned into the revision of the Phyrella. We realized that two genera were synonym of Phyrella (Thyonidiella andSemperiella); one species that was assigned to Phyrella did not belong there (we transfered it to the genus Euthyonidiella); and that other species might actually belong to Phyrella. Making these decisions involved spending a lot of time reading through old taxonomic descriptions (most of them in German), and also examining specimens from many places (Australia, Japan, the Philippines, Panama) and type specimens that are housed in the natural history museums of Paris, Geneva, Washington D.C., Copenhagen and Perth.

If you are not acquainted with the inner workings of taxonomy you might be wondering what a “revision” is, and why we “transfer” species between genera or “synonymize” them. Taxonomy strives to create groups that reflect the evolutionary history of the species they include. In other words, the classification of a species should give you a rough idea of its position on the tree of life. In the past, the only way to estimate how species are related to each others was to find morphological characters that are shared among them. Sea cucumbers don’t have many morphological characters that can be used to make these groupings. In addition, over the history of sea cucumber taxonomy, different authors had divergent opinions on which characters to use. Another problem is that many species were described based only on a few specimens so previous authors didn’t appreciate the variation in these characters within a species. These factors led to a confused taxonomy with many genera that do not group related species together. A taxonomic revision fixes that, and with our paper, we clean up a little corner of the giant mess that is currently the Dendrochirotid taxonomy.

An important advantage that we now have compared to past sea cucumber workers is that we can use DNA to infer how species are related to each others. It gives us an independent line of evidence we can use to clarify the morphological characters that define genera. Our study is the first to use DNA to guide a taxonomic revision in Dendrochirotida. We learned that there is a lot more morphological variation in Dendrochirotida than was previously appreciated. For instance, before our study, all Phyrellawere thought to have 20 tentacles. However, after painstakingly counting the tentacles of many specimens, it is clear that this number is variable, even within a species.

And what about the new species? Its name is Phyrella mookiei, the etymology of the paper says:

Named after Mookie, the dog of our collection assistant Ms. Mandy Bemis, because the “woolly” appearance and color of this species is similar to the soft coat of wheaten terriers, the breed to which Mookie belongs.

The timing couldn’t be better as last week it was Mookie’s birthday. Have a look at the pictures of Phyrella mookiei and Mookie so that you can decide for yourself of the resemblance! We personally think that naming this new species after a pet dog is great, and adds a little touch of humour into the serious side of science. We’d love to hear about other cases you know of scientists naming species after something amusing!