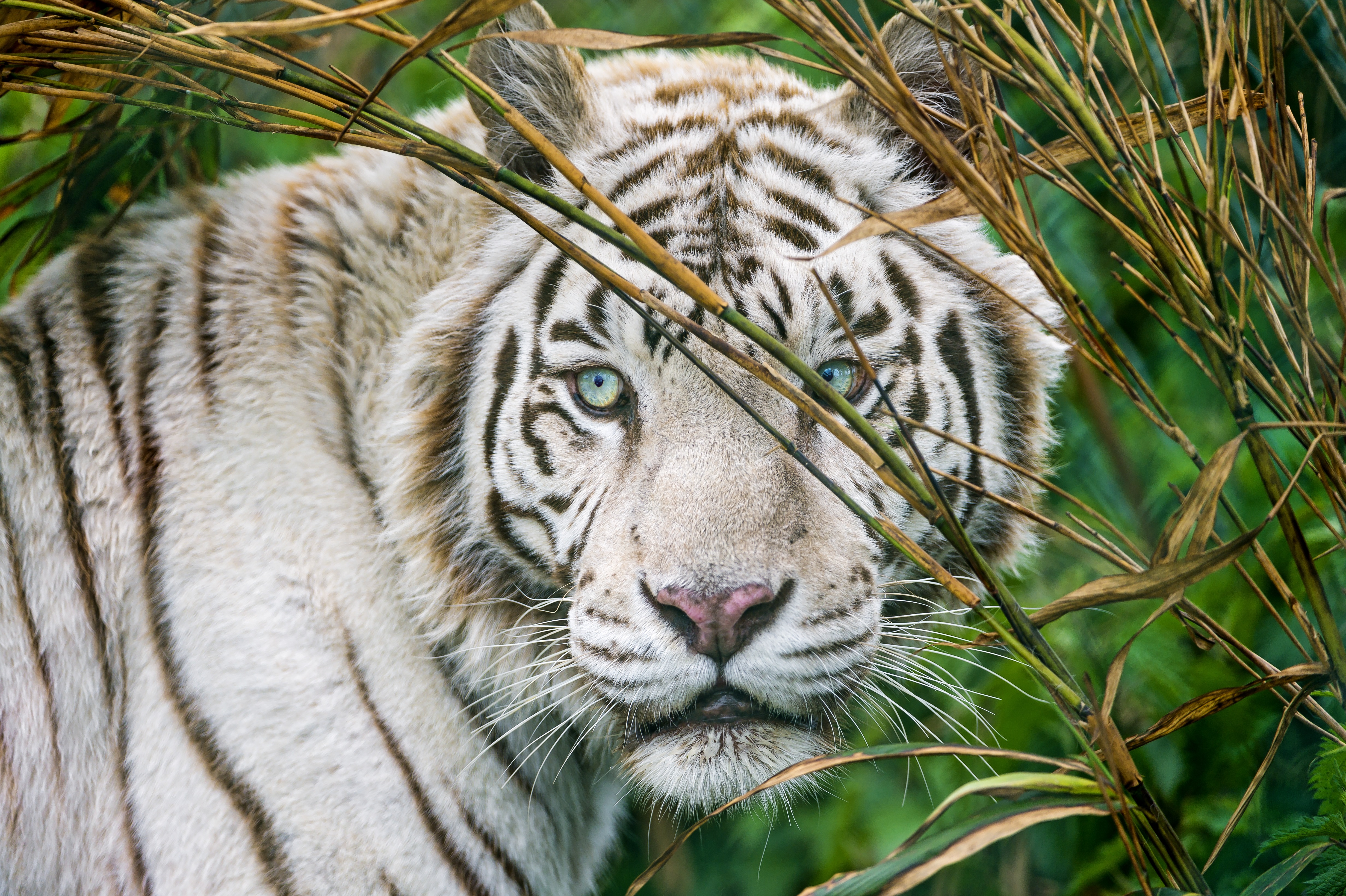 It’s time for zoos to change their stripes

White tigers have a mystical quality; they look like they have jumped out of the pages of an Indian fairy tale, with the power to stun and inspire you all in the same moment. However, articles on their conservation are becoming increasingly alarming. Many magazines, newspapers and online news sites often have stories about the ‘rare’ white tiger and the few ‘brilliant’ zoos around the world working hard to conserve this ‘species’. These media outlets frequently misreport the facts.

White tigers are not actually a species or subspecies in their own right, they are in fact colour morphs of the Bengal tiger subspecies Panthera tigris tigris, and are hardly documented in the wild. Their coat colour is the result of a recessive allele and another colour morph, the ‘golden tabby’ tiger, is the result of a similar mutation. Wild tiger numbers are reaching a critical low, from around 100,000 individuals at the start of the 20th century to only about 3,000 individuals today. Is it ethical, in the light of the endangered status of the species, to keep breeding white and tabby tiger morphs, instead of the one viable tiger species that still occurs in the wild?

White tigers were last seen in the wild in 1958, and since then, have only been found in zoos. Captive white tigers all trace their ancestry back to one of 3 white tiger strains. All strains are believed to have originated in the Bengal tiger subspecies, but one strain does include many individuals with considerable Amur (Siberian) ancestry. This creates a problem; with only 3 lines of ancestry, inbreeding is rife.

One of these ancestral lines started with a tiger named Mohan. Mohan was a white Bengal tiger captured in the former Indian state of Rewa in the early 50’s. Attempts were made to breed him with an orange Bengal tigress, with the hope that more white cubs would follow. The study of genetics was only in its infancy, and so the Maharaja of Rewa and his staff were unaware that because Mohan, being white, was homozygous recessive for coat colour and his orange partner was homozygous dominant, they would never produce white offspring. They then decided to breed Mohan with one of his daughters, Radha, who carried the white allele for coat colour inherited from her father. This breeding attempt successfully produced 4 white cubs, but this meant that inbreeding began at the top of the family tree. Many white tigers alive today are related to Mohan and Radha, and further inbreeding has occurred throughout subsequent generations.

Inbreeding has led to a number of defects in many white tigers. These can range from having strabismus – crossed eyes, to more serious conditions such as twisted necks, club feet, kidney disease and low fertility. These problems affect most captive white tigers, who then require special attention from their keepers. Simply put, many of these animals would just not be able to survive in the forests of their home range if they were reintroduced.

Another difficulty with white tigers is that they have a huge disadvantage in the wild, simply for being the colour that makes them so interesting. Orange tigers are perfectly camouflaged against the long grasses of their habitats, and can stalk prey as if they were invisible. White tigers do not have the same ability. White tigers are also more conspicuous to poachers, making them an easier target in countries where all tigers are socially and culturally desired. Breeding programmes in zoos are costly and their necessity is questionable if the likelihood of white tigers surviving in the wild is poor. Survival of the fittest is key here – the coat colour of white tigers is a disadvantage, and through natural selection would lead to the elimination of the white tiger in the wild, regardless of anthropogenic impacts.

In attempts to bring the white tiger back into the viable breeding stock, outcrossing has taken place. This involves mating white tigers with orange tigers, and continuing this trend so that genes from white tigers can enter the main population and add to genetic viability and variation. Unfortunately, many white tigers have mixed heritage, with a fusion of genes from Amur and Bengal ancestors. This causes a problem for conservation efforts, as if offspring from these schemes were to be released into the wild, they could upset the purity of the Bengal subspecies.

White tigers share many genes, so mating with each other can lead to offspring with deformities.

As weird and wonderful as white tigers are, a purposeful future for them seems hopeless. They should not be maintained as just a spectacle whilst there are organisations across the world working hard to protect the beautiful and charismatic tiger species as a whole. The futile conservation of the white tiger should be considered with more logic in order to resist endangering the survival of the whole species, which should hopefully have a fighting chance.