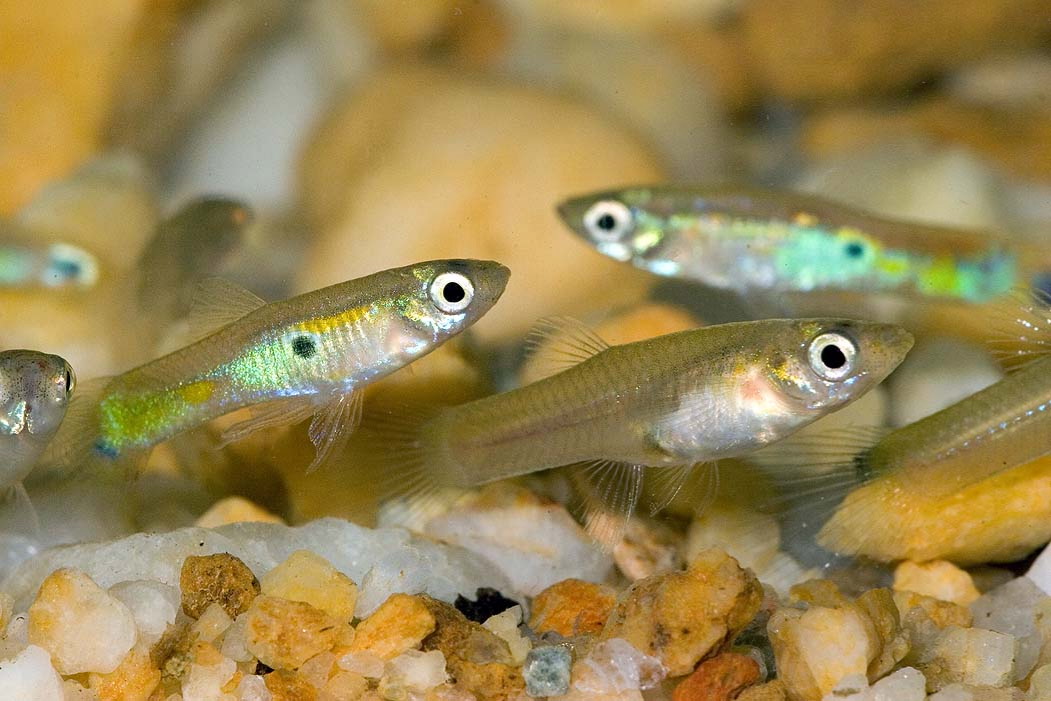 Guppies make babies even after they die

Image: The Journal of Functional Ecology

This unique study shows that up to a quarter of wild guppies are conceived when their fathers are already dead, thanks to the mothers long-term sperm storage.

Females of various species can store sperm [1], allowing them to mate when convenient but wait for perfect conditions before allowing the sperm to fertilise their eggs. This study finds that female Trinidadian guppy, a freshwater fish, can store sperm from males at least 10 months after the male has died [2]. It’s the first study of its kind researching the reproductive input of both living and dead individuals in the wild, across multiple breeding periods [3].

Researchers analysed guppies’ genes, and determined which guppies were fathered by deceased males. Up to 24% of offspring were conceived after their fathers had died, and half the males had offspring after their death.

Female guppies live five times as long as males, and their sperm storing ability benefits both sexes: Males are able to match the females’ reproductive lives, when their actual lives cannot. Males can therefore ‘live fast and die young’, putting a lot of effort into mating as much as possible, secure in the fact that their sperm will ‘live on’ after they die. The study also showed that males were less resilient to environmental change than females, but their sperm can survive these conditions within the females’ ovaries. Sperm storage helps females by allowing reproduction in changeable environments when males are scarce. Females are also able to store a diversity of genes from different males, increasing their chances of producing offspring adapted to fluctuating conditions.

The study shows that sperm storage is important when estimating population sizes. Small populations are vulnerable to extinction [4], but stored sperm from dead males makes the effective population much larger and resilient to selection pressures [5]. The discoveries made in this study highlight the importance of sperm storage in the adaptation of populations to changing environments, and could be important when understanding the guppies’ rapid evolutionary history [6].