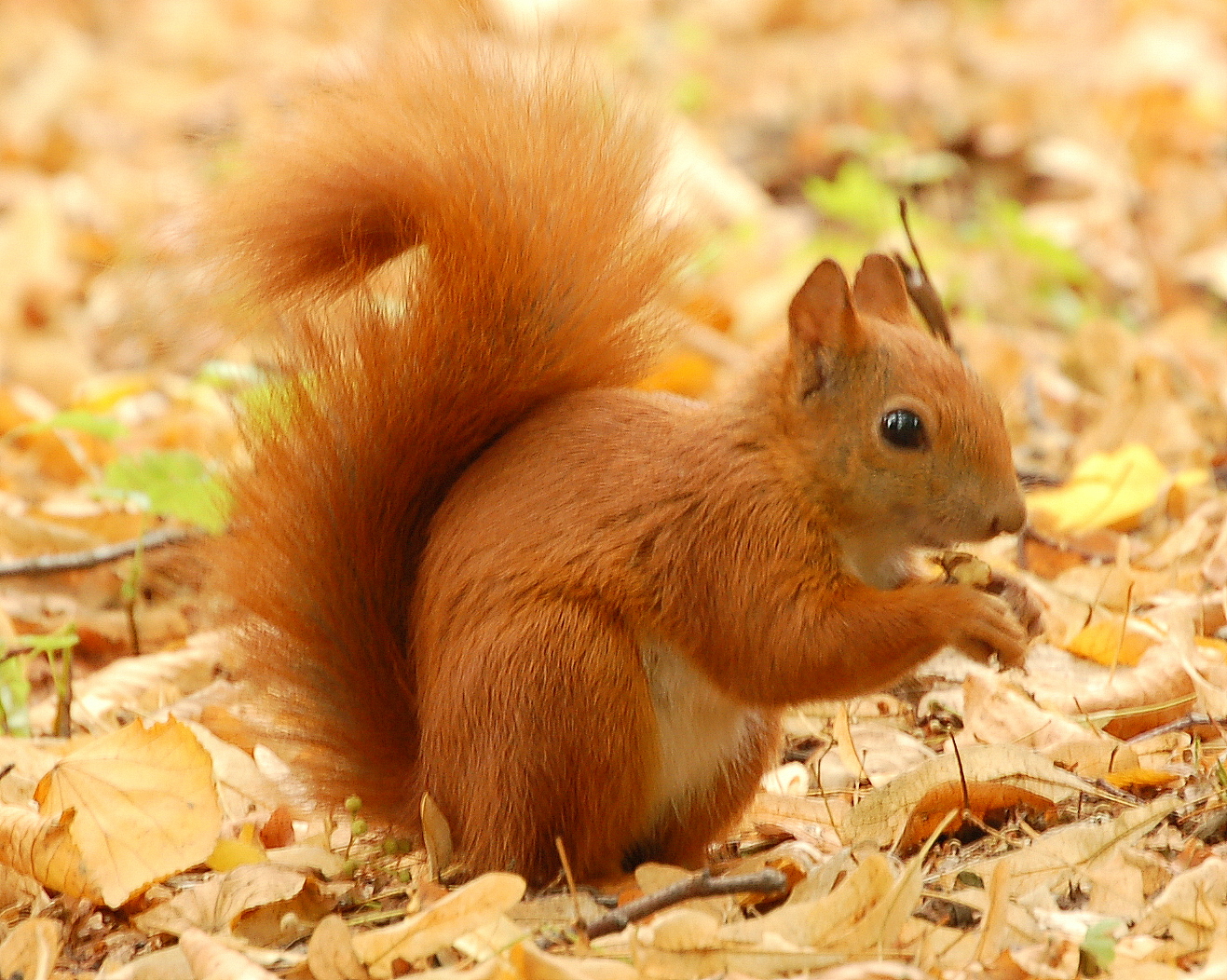 With its relative isolation from the mainland and abundance of suitable mixed woodland habitat, West Cornwall is the newest target for the proposed reintroduction of the native red squirrel (Sciurus vulgaris).

The charming red squirrels are intrinsically cute, with their tufted ears and warming colouration, support for the protection of these adorable mammals is unsurprisingly widespread. Despite this, unnecessary slander of its technically invasive grey cousin is plastered throughout articles and opinion polls ranging from descriptions of ‘charismatic pests’ and ‘tree rats’ to propagating the notion that greys actively target and repress reds. Although it’s true that since the arrival of the first grey squirrel in 1876 the reds have struggled, with the last seen in Cornwall just under 30 years ago and only 140,000 estimated in the UK compared to over 2.5 million greys, this is not due to greys directly attacking reds. It is true that greys are larger, spend more time foraging and gain 10% more weight over winter, allowing them to outcompete reds, however the major cause in the decline is disease. Grey squirrels carry the Squirrel pox Virus (SQPV), harmless to themselves but fatal for reds. The combination of these factors is the cause behind the red squirrel population decline and leads to the realization that there is no way in which greys and reds can coexist, and any conservation strategy invariably resorts in culling.

Eradication of grey squirrels is a complex and controversial issue, as is the case with many invasive mammal species such as the mink. Reds aren’t the only victims, bark stripping is a

massive problem causing widespread and economically costly damage, with cases as close to home as Tehidy Country Park, whose sycamores were weakened to the point of collapsing in a recent storm. Current legislation prohibits the release of grey squirrels into the wild. Regardless, they are enchanting in their own way, a common occurrence in urban areas and enjoyed by many. Their boldness, creativity and agility as they discover a way into any food source available can be a joy watch.

The Cornwall Red Squirrel Project (CRSP) has outlined two main areas, The Lizard and West Penwith, to implement the scheme. The peninsulas are as close to an island as possible, with more than two thirds of the edge being water. As a complete eradication of greys is necessary a buffer zone has been laid out, connecting both areas and effectively ‘blocking’ off the areas from the mainland in order to reduce replenishment of grey squirrels from source populations beyond the conservation areas. Extermination methods proposed are similar to those used on Anglesey, an island off the northwest coast of Wales, which holds a thriving red population. In addition to the current Warfarin poisoning scheme implemented to protect trees, shooting and live mammal trapping have been chosen to complete the cull, but all have flaws. Shooting is very inefficient, and poisoning has significant welfare concerns for squirrels and inadvertent effects at higher trophic levels. Trapping is most effective and a slightly more humane method of killing greys, but is expensive, labour intensive and when food sources are plentiful enticing the squirrels to the traps with bait is difficult.

Another control method however, is available. Immunocontraception introduces DNA coding for gamete antigens causing the body to produce antibodies against these target proteins, thereby acting as contraception. Administered orally through food and only requiring less than half the population to be trapped (if enough individuals are dosed, successful breeding attempts will be minimal), and killing none. Not only is this method considered more humane and acceptable, it’s cheaper too. It’s therefore a bit of mystery as to why CRSP are not more interested in the development and incorporation of this technique, which could potentially make the project more sustainable and favorable.

Recently, a position statement made by Cornwall Wildlife Trust highlighted pertinent key concerns regarding the proposed efforts to reintroduce red squirrels to Cornwall. Among doubts as to the ability to fully eradicate grey squirrels in selected areas and the suitability of certain heathland areas of The Lizard, the main issue is the creation of isolated areas, opposing the current aims of landscape-based conservation. Habitat loss is a major threat to biodiversity; current focus of conservation efforts is to create linkages wherever possible, maximizing habitat size and flow of genes between populations. It’s evident that the creation of two exclusion zones in Cornwall will be detrimental to these aims, and potentially interfere with other important species’ protection such as the greater horseshoe bat and European eel.

The success of the eradication of the non-native grey and the establishment of viable red populations in the selected areas remains to be seen, but the size of the challenge for CRSP will have to be matched with the enthusiasm and dedication of its volunteers to make it a success. Certainly the loss of red squirrels in Britain would be felt, but ultimately, is it worth killing one bushy tailed nut eater to make way for another?