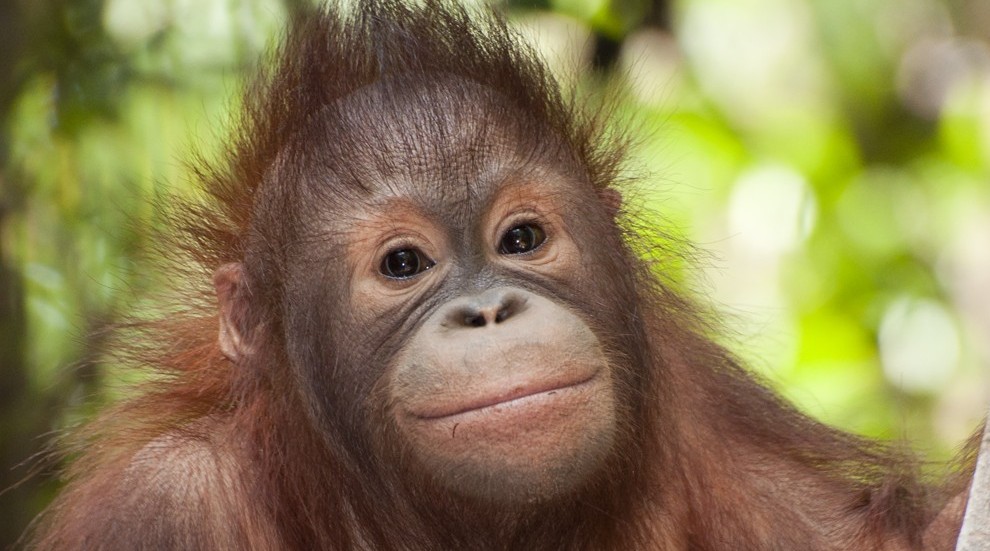 Early development is a critical stage of any organism’s life: it is the period in which they learn behaviours that will aid them throughout adulthood and into old age. In many primates, it has been discovered that special behaviours, passed from generation to generation, mother to offspring, include that of self medication – whereby an animal will use natural products to alleviate or control an illness.

Many plants have evolved to develop a variety of toxic chemicals that protect against predation. However co-evolutionarily, many species are now able to use these chemicals to their advantage and primates in particular use these special plants to self-medicate, a term also described as zoopharmacognosy.

Often thought to be learned socially, many group-living primates such as the red colobus monkey, mountain gorillas and lemurs are thought to develop these self-medicating behaviours by watching their peers. However, there is some circumstantial evidence that self-medication is also exhibited by the more lonesome orang-utan. Although it has been proven that captive orang-utans tend to look to peers for information when it comes to trying new foods, in the wild their limited socialising does not give them such an extensive opportunity to learn in this way.

Orang-utans are one of the most solitary of the great apes. They are not group-living, although the young cling tirelessly to their mothers for the first four months of their lives, and they are still dependent until they are at least 5 years old. Living mainly off fruits and plant substances, these gingery-red apes, whose name translates to “forest man”, spend most of their time swinging from branch to branch in the rainforests of Borneo and Sumatra.

When a Bornean orang-utan Pongo pygmaeus, was seen chewing the leaves of a Commelina plant, it was remarkable, as orang-utans don’t usually eat Commelina. However, true to this statement, the orang-utan did not consume the leaves, but rather chewed them up, mixing them with its saliva to form a lather, which it subsequently rubbed methodically onto its arms, concentrating on the elbows. ‘Fur rubbing’ has been documented in other primates such as capuchin monkeys, who have been seen to rub a variety of items into their fur in a frenzied manner, for social interaction or as an insect repellent. However the methodical way in which the orang-utans rubbed the Commelina into their skin leads researchers to believe there is another reason for it.

Commelina leaves have been used extensively by local indigenous people for medicinal purposes. Leaves are crushed and then roasted to release the chemical compounds, and this preparation is then rubbed into limbs to relieve muscle or joint pain. It seems compelling then, that the orang-utans who most likely suffer joint and muscle pain from their arboreal life style, use the leaf-saliva substance to the same ends.

The question of how this behaviour is learned is a fascinating one. Is this just a behaviour passed down from mother to offspring, could the apes have learnt from humans – or visa versa? Or, is it a more evolved trait, that is present in our genes and is only now being discovered in our close primate relatives?

We do not know the intelligence behind non-human primates medicating themselves, the consumption and use of certain food materials may have just become part of a routine after observing conspecifics. However, the observations of the orang-utans appear to have shown that it was not simply part of a routine, and did not relate to a specific season or time of day. The rubbing in of a balm seems to be a more direct action to relieve a specific ailment. This relief appears to be more advanced in some ways than those exhibited by other primates – the direct connection of pain with a cure is both discerning and intelligent.

The use of plants in novel ways highlights the importance of the habitat in which they live and the diversity that it holds. There may be other plants that orang-utans and others sharing their habitat use in ways that we do not currently understand, however their habitats are increasingly being destroyed from deforestation, so we are sacrificing the possibility of learning more from them. The Bornean and Sumatran orang-utan are Endangered and Critically Endangered respectively – due largely to habitat loss and poaching for meat or the illegal pet trade. The poaching of baby orang-utans – in which the mothers are often killed, could lead to these remarkable behaviours being lost due to lost opportunities to learn. The same is true of deforestation – as more habitat is destroyed, there is less to explore.

Displaying ‘human’ behaviours is one of the things that draws many people to wildlife and disturbs some kind of empathy within. Self medication, and the understanding that must come with it, provides an insight into the evolution of human behaviours and shows an inherent connection between us all. Are we ready to lose this?